Hailing from Memphis, Tennessee, it should come as no surprise that pop sensation Justin Timberlake would be tapping into his roots as he joins a long list of artists to make the switch to country music. It’s hard to assume that Timberlake will go full country, but tapping into the country music scene here and there can only help his already thriving music career.

The pop country music fan base is quite enormous, so there’s a huge untapped audience for musicians and singers who want to expand into a new genre. Following in the footsteps of artists like Uncle Kracker, Kid Rock, and Hootie and the Blowfish’s Darius Rucker, Timberlake most likely saw an opportunity and went for it. He’s already proven himself to be a smart minded businessman, making himself extremely marketable with his appearances on Saturday Night Live, Jimmy Fallon, Jimmy Kimmel, and other late night TV shows. So let’s face it, the man knows what he’s doing. This will probably be a step in the right direction for him.

All this recent talk of JT “going country” is in fact a bit silly, since we’re sure he would tell you he has pretty much always been country, even if his popular music wouldn’t lead you to believe it. When he was only 11, Timberlake appeared on Star Search singing country songs, all clad in a western shirt and 10-gallon cowboy hat (seriously, go search for these images right now if you haven’t seen them). 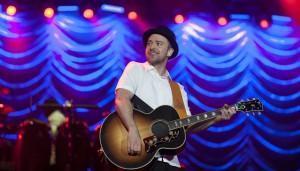 Timberlake’s most recent foray into country music was put on display during the 2015 Country Music Awards. He took the stage with country singer Chris Stapleton and the two sang an amazing duet of George Jones’ “Tennessee Whiskey” mixed with JT’s own “Drink you Away.” To say they brought the house down would be an understatement for sure. Although Timberlake’s buttoned up look couldn’t have been farther from Stapleton’s cowboy hat and gigantic beard, their voices surprisingly meshed fantastically, as did their onstage personas. Fans were going crazy for the duo, and speculation and rumors began to fly of Justin Timberlake going country.

While many country fans, and casual Justin Timberlake fans might have been surprised by this performance, hardcore fans know that Justin had it in him all along. In fact, just not even a year earlier Timberlake was performing in Nashville, Tennessee as a part of his 20/20 world tour. He began singing the crowd pleaser “I’ve Got Friends in Low Places” when halfway through the song, who came up on the stage but Garth Brooks himself. While most of the crowd was too young to remember when that song was a hit, they knew the words and sang along. Another good sign that maybe Justin Timberlake is onto something special.

Some people love it, others, not so much. So what do YOU think about Justin going country? We would love to hear from you! Let us know if you think JT will be the next Hank, Waylon or Willie!