It seems that the millenium has done a lot to change the definition of celebrity. When the Kardashians made their first million doing what many perceived as absolutely nothing, it had Baby Boomers and Gen Xers questioning what the world was coming to, but now it seems like anyone with a YouTube account can become an overnight sensation and no one blinks an eye.

So, what does that say for those on the opposite end of the spectrum? What about the people who have loads of talent, but aren’t getting enough recognition? Are they not cool enough? Not hanging out in the right circles? Do they have the wrong agent? Why is it that Kim and Co. are making the big time hanging out in mansions while talented actors and actresses are wondering where their next paycheck is going to come from?

Since the reality TV stars and Instagram sensations seem to be getting more than their share of the spotlight, let’s turn it a little bit the other way and take a look at the greatest underrated celebrities of our time. 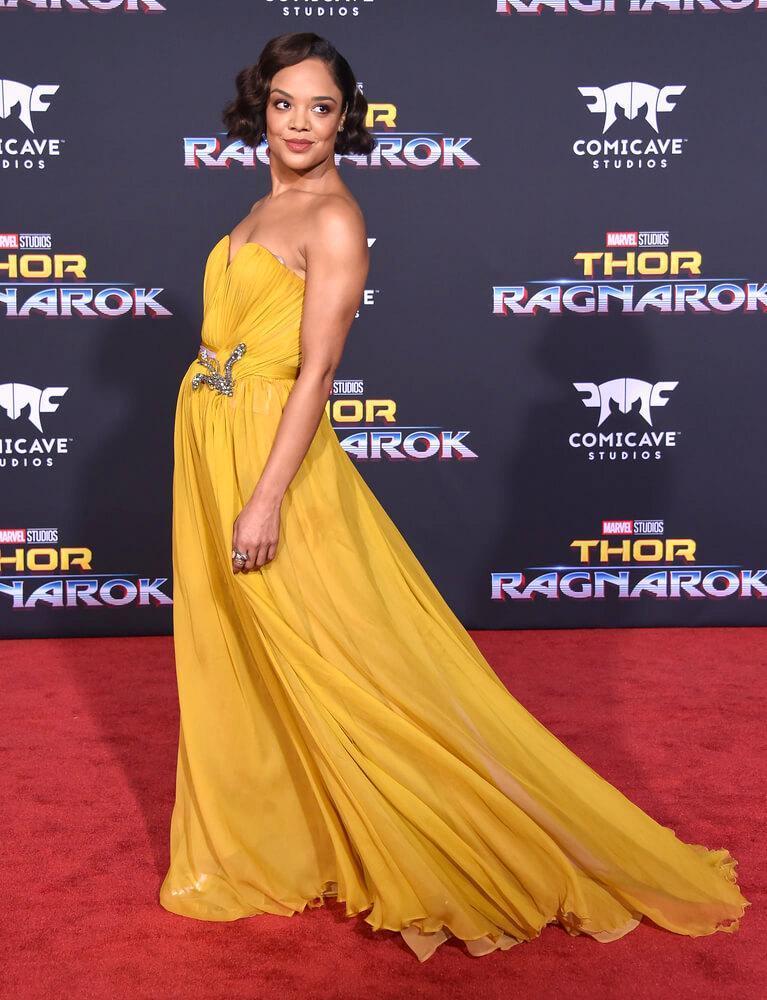 “I was asked to meet with Harvey (Weinstein) once and didn’t end up going.” Could this be the reason why more people don’t know about Tessa Thompson today? While Tessa first made her first major acting breakthroughs in television roles on Cold Case and Veronica Mars, her most recent film appearances on Dear White People, Creed, and Selma are what’s getting her the most attention as a serious threat to the acting world. After her work with an all-female Los Angeles Shakespeare acting company inspired her to push stereotypes in both gender and race, Tessa has been proving herself as a Hollywood force to be reckoned with. As for Harvey? The loss is his.

The queen, and Oprah, have given Gugu Mbatha Raw the ultimate nod of approval, so how come so many of us still can’t pronounce her name? Despite having become a member of the Most Excellent Order of the British Empire at Buckingham Palace, and one of Oprah’s besties, Gugu has yet to make the A-List in Hollywood. After critical acclaim for her roles in Beyond the Lights, and Belle, and an appearance in an Emmy winning episode of Black Mirror, the less-than-warm reception to the film Cloverfield Paradox might have proved a small setback; nevertheless, her screen commanding performance is enough to make the film worth watching.

Sometimes certain actors play a part so well, they are better known as the character than themselves. Perhaps this is the case with Barry Pepper. While the name may not ring bells for many people, Barry Pepper’s screen-stealing role as sniper Daniel Jackson in Saving Private Ryan already has a well-earned place in the Hollywood history books. Since the 1998 movie, Pepper has become something of a darling of the more offbeat directors, garnering roles in the Coen Brothers’ True Grit, and Kevin Spacey’s Casino Jack, and is perhaps most widely known for his role as Bobby Kennedy in The Kennedys, yet there is so much of this actor that remains to be exposed. 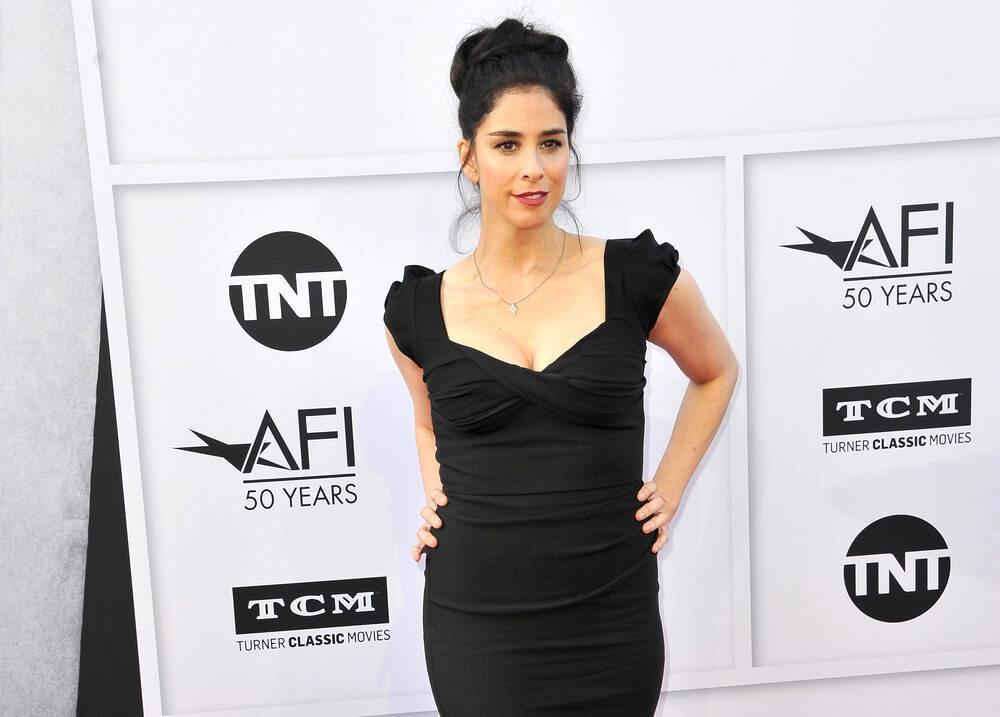 When most of us hear about Sarah Silverman doing full frontal nudity, we would probably think it had something to do with her comedic exploits, but this time, Sarah took it off in more ways than one. When Sarah stripped down in her role as Michelle Williams’ and Seth Rogan’s recovering alcoholic pal in “Take This Waltz,” she stripped down her funny lady persona as well. Although Sarah baring it all was enough to get a buzz going, it was her bare it all acting that really got the critic’s talking. And, apparently, this wasn’t Sarah’s last flirtation with dramatic comedy. Since “Take This Waltz,” Sarah has showed her serious side in I Smile Back, as troubled mom Laney Cook. Most agree it’s time that Sarah’s flair for drama got the attention it deserves.

Kevin Dillon, Solange Knowles, Eric Roberts: why does it always seem like behind every huge celebrity there is a lesser appreciated brother or sister waiting to be acknowledged for his or her talent? Such is the case with Joseph Fiennes. The younger brother of (no intro needed) Ralph, Joseph Fiennes is best known for his role of Shakespeare in Shakespeare In Love for which he nominated for both BAFTA and SAG Awards, and his role as Monsignor Timothy Howard in American Horror Story. However, one might wonder if his appearance as Michael Jackson in the short-lived Urban Myths Trailer may have done anything to hinder his career credibility. (Awk-ward!) Hopefully, his starring role in the drama series A Handmaid’s Tale will serve to put memories of the MJ fiasco to rest.

Straight Outta Compton, straight into Hollywood? It’s not so far on the Hollywood freeway, but is it really an easy transition to make? Well, Dr. Dre did it; can the man who played him in Straight Outta Compton do it too? Turns out that although Hawkins plays Dre’s role in Straight Outta Compton, Hawkins himself is actually straight outta Julliard. He attended the school’s Drama Division 40, and even won the prestigious John Houseman Award for excellence in classical theatre. He went on to star in a Broadway production of Six Degrees of Separation, for which he was nominated for a Tony for Best Actor. So, how does a boy with a classic theatrical education find the inspiration for the angst of a rapper from Compton? Let’s just say, brilliant minds think alike. 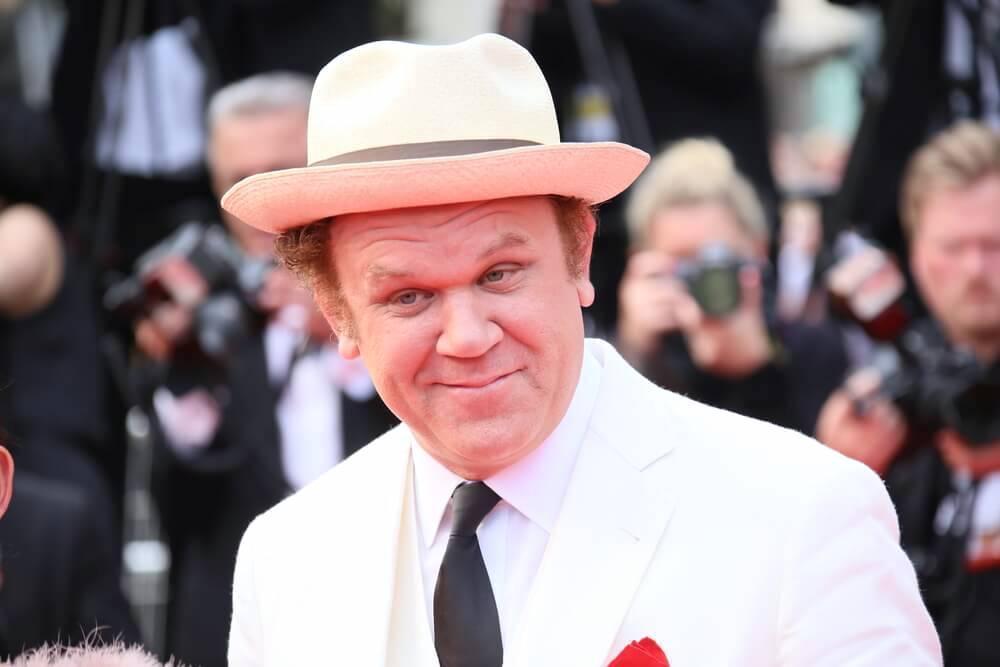 Tom Hanks pulled it off, but how many Hollywood comedians have seriously been able to make the transition to drama successfully? Can we actually look at our favorite funny people without waiting for them to drop a punchline? Apparently, critics thought that John C. Reilly did a pretty good job of keeping a poker face in quite a few more serious acting roles. His role in True West earned him a Tony nomination, and he’s also received attention for his Paul Thomas Anderson collaborations on Hard Eight and Magnolia. Plus, critics agree that John may just be bringing a new meaning to the phrase comedy drama. According to reviews, it is John’s ability to bring levity to serious situations that makes him so fun to watch. While he has more recently received nods for movies like The Lobster, Carnage, and We Need to Talk About Kevin, popular opinion says that we need to see more screen time from this talented actor.

Sometimes actors play parts so well, we tend to forget that they have any identity apart from the character they are playing. That may be the case with Bruce Greenwood. Bruce seems to blend so seamlessly into the roles he takes on, that we forget that he is actually an actor. Viewers may best know Bruce for his roles in The People Vs. O.J. Simpson as former D.A. Gil Garcetti, or as Captain Christopher Pike in the Star Trek movies, but they may be more familiar with the characters he played than the man himself. Bruce always manages to play his roles perfectly, maybe too perfectly. Is this the curse of an actor who is more concerned with the art of acting than the celebrity element, or is Bruce still waiting for his leading role? 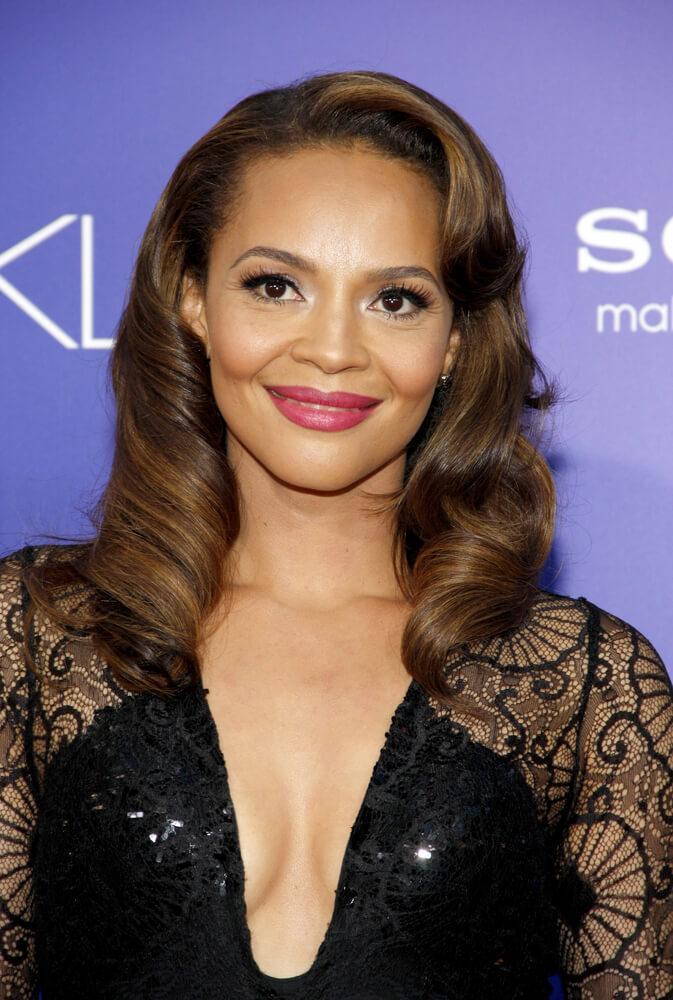 Carmen Ejogo may have had the honor of playing some roles that any well-known actor would die for, yet she still remains virtually unknown on the A-list. Her role as Coretta Scott King in the 2001 movie Boycott was so convincing, it earned her the opportunity to do it a second time in the major motion picture release, Selma, however that role remains the most noted on her Hollywood resume. The daughter of a Nigerian father and Scottish mother has often blamed her lack of acceptance in the filmmaking industry on her biraciality, however, with Hollywood’s growing focus on interracial, transgender, and LGBT relationships, perhaps Carmen has yet to find her niche. She also made a notable cameo as Macusa President Serafina Picquery in Fantastic Beasts and Where to Find Them, but alas, this too was too fleeting to do justice to Carmen’s artistic versatility.

Sometimes it seems like a vicious cycle. When something becomes a cult favorite, people immediately become interested, and then it is no longer a cult favorite, and when it is no longer a cult favorite, people lose interest. It is difficult to stick to cult status without selling out, and maybe that explains why so many of us don’t recognize the name Walton Goggins. While his most respected work is probably his production and starring role in The Accountant, which won an Academy Award for Best Picture Short Action Film in 2001, Goggins is best known when he is playing the miscreant. His guest starring role as transgender prostitute Venus Van Damme on the FX series Sons of Anarchy led to his role as detective Shane Vendrell on The Shield,for which he achieved the cult status that he continues to maintain, however, many might say he is deserving of a more noticeable role.

Some actors never get the attention they deserve, and after forty years, it may be that Harry Sanders will never get his. The now 74-year-old actor gave an electrifying performance in as a butcher and family man in the 1977 film, Killer of Sheep which went virtually unseen for thirty years due to legal reasons. Shot in Watts on a 16mm black and white camera, the movie was the product of a young man’s attempt to earn an MFA degree, and never meant for commercial use. The result was what some would call an American masterpiece, in no small thanks to Harry’s intense acting. While Harry did get a chance to display his acting ability in performances in Selma and American Horror Story to a larger audience, he never was again able to earn a role which showed his talent off in such a wide range. Perhaps the millenium will bring Harry’s chance for redemption. 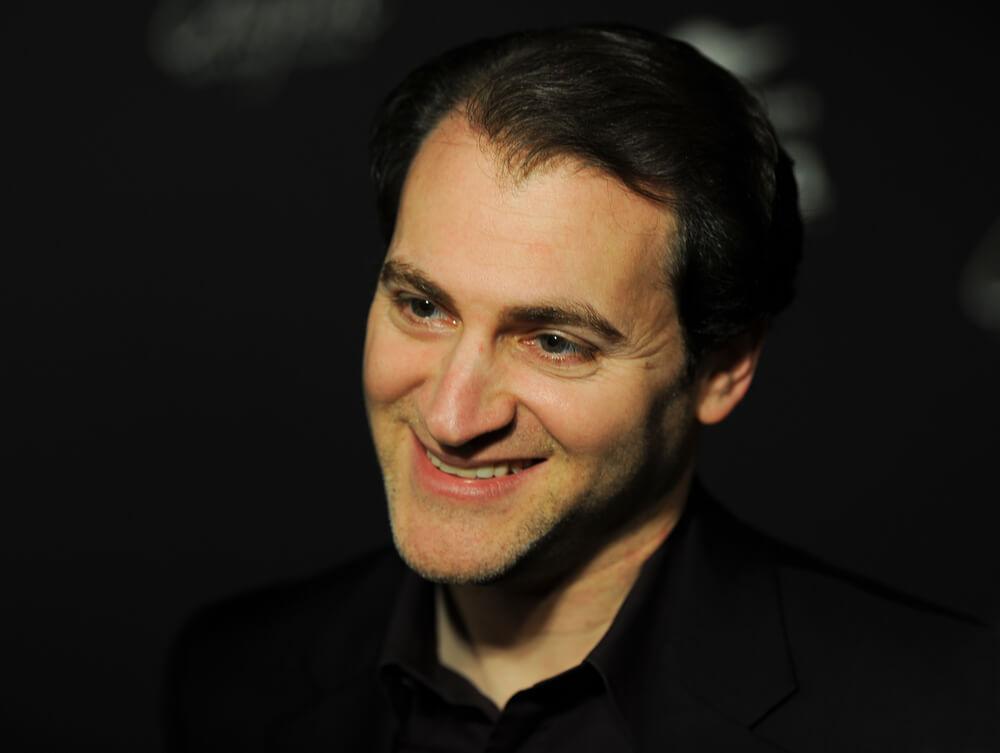 Did Jewish humor die with “Seinfeld?’ Does it ever seem like the Seinfeld crew did Jewish humor so well, that anything that follows seems to pale in comparison. Are we all watching “Curb Your Enthusiasm” in hopes of recapturing some of the Seinfeld magic? If so, that may explain the reason that Michael Stuhlbarg is not as well recognized as he should be. The world was first introduced to Stuhlberg in the 2009 Coen Brothers movie, A Serious Mind, as a nutty physics professor lost in space. Since then he has captured everyone from “Steve Jobs” to Dr. Strange to a tee, but his deadpan humor and unique features may make it easy for him to get typecast in the Woody Allen/ Rob Reiner type roles and passed over for the ones that let him show his more fragile side.

She may not have been long in this world, but Haley Lu Richardson is surely long on acting skills. Born in 1995, Haley made her first breakthrough in 2017, when she won the Gotham Independent Film award for her role as Casey in the film Columbus, but her role in Edge of Seventeen launched her into the international film circuit as Haley Steinfeld’s bestie. Although Steinfeld played the comedic role of her short but impressive lifetime, without Richardson’s supporting role, the film would not have been the modern teen classic that it is considered today.