Celeb Report: Kylie Jenner and WHY She is More Famous than Her Sisters

Home » Celeb Report: Kylie Jenner and WHY She is More Famous than Her Sisters
Previous Next

Celeb Report: Kylie Jenner and WHY She is More Famous than Her Sisters

Kylie has the most followed photo on Instagram — bumping Kim’s previously most popular photo from her wedding day with Kanye West. When the Kardashians released their personal websites recently, Kylie’s emerged as the most popular with the most subscribers. Rumors suggest that momager Kris is even refocusing her efforts on Kylie’s career while she puts Kim’s on the back burner.

Here are a few reasons why Kylie is emerging as the most famous Kardashian:

She’s on Trend
Kylie is far younger than her famous sisters, which means that she connects with the younger audience that most often constitutes the Hollywood fan base. While her older sisters are talking about getting married (or divorced) or getting pregnant and raising children, Kylie is dating hot, young stars, working in modeling campaigns, and showing up at trendy Hollywood parties. She’s involved in everything that is hot now.

She Changes Up Her Look Regularly
Kylie is always making headlines for her new looks, whether it’s blue hair or corn rows. She experiments with fashion, tries out bold new makeup looks, and wears different hairstyles. The constant change is exciting for fans. They always want to know what’s next. 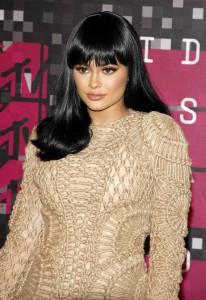 She’s Always in the Public Eye
One way to raise star status is to regularly be in the public eye. That’s how Kim got her start, even though she wasn’t an actor or a model. Kylie is regularly in the tabloids, is always posting on Instagram, and appears at the hottest, Hollywood events. Thanks to her latest “full lip challenge”, even though Kylie has finally admitted to plastic surgery, millions of Kylie wanna-be’s are constantly watching to see what she’ll do and wear next.

Dating Life
Kylie has been linked up with a few different Hollywood hotties, but Tyga is the latest and most steady of the bachelors – and after buying Kylie a hot, new ride for her birthday, he’s probably not going anywhere anytime soon! Always sneaking around, likely because of the age difference, these two “are they or aren’t they?” are always teasing the paparazzi with their mystery romance.

The future is looking very bright for Kylie Jenner, and we can’t wait to see what will happen next. Now that Kylie has turned 18, she has more career opportunities before her. We’re sure that her star will only continue to rise.