Justin Bieber and Hailey Baldwin – Is it For Real??

Home » Justin Bieber and Hailey Baldwin – Is it For Real??
Previous Next

Justin Bieber and Hailey Baldwin – Is it For Real??

The daughter of actor Stephen Baldwin and 19-year-old model Hailey Baldwin is sending out a rather weak message to fans that what she shares with 21 YO pop idol rocker Justin Bieber is nothing more than a deep and abiding long lasting friendship, but if pictures are any type of indication, then the friendship the two share definitely comes with benefits. Baldwin finds her BFF among the higher ups and elites, where you’ll find her besties Gigi Hadid and Kendall Jenner. The blonde duo have definitely ramped up their together time as of late, being photographed all over, like while having lunch at Spago in BH, sitting beside the court at an LA Clippers game, and even doing the rather domestic thing of shopping at Target, after which they popped off to Family Amusement Corp., where they meshed with the arcade games for over an hour. Last year’s togetherness included a jetting off to Anguilla, where the two met up with Harry Styles and Kendall Jenner were vacationing with Styles’ family.

Daddy to The Rescue
You know her dad, Stephen Baldwin, from his stint as a contestant on All-Star Celebrity Apprentice, who defends his baby girl by sharing that she prefers to remain focused on her modeling career (which is taking off like crazy,) than on quelling the rumor mill regarding her possible romantic connections. But, Daddy, have you seen the pics? Does your daughter pose with all her friends, both arms fully wrapped around their necks, face touching in a kissing position? And apparently, this one is quite similar to an earlier shot snapped in 2014, with only one variable–take out Hailey and slip in Selena Gomez–in fact, the pose is so close, heck, just interchange the girls’ two heads.

Come on–The “Couple of Friends” Already Has Their Own Moniker!
How wrong can fans be, anyway? There’s got to be something brewing, and we know it. With their own couple’s nickname of “Jailey,” they’re going to have to do some fancy footwork to escape this one–if they even want to. There’s just an awful lot of PDA going on here, to be a pal thing. 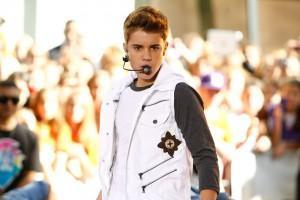 Justin’s Effort Points Toward a True Lack of Romantic Attraction
Maybe there’s a new trend in friendships, where passionate kissing is the norm, as Bieber has certainly not been reserved in sharing in photo form with the world. What this relationship appears to be, once stripped of all the rumors circulating is that Hailey has fallen hard for Bieber, who is feigning being straight-up in letting Baldwin know that he likes her, but he’s not sure that he can give her the level of commitment she wants. OK, we all know what this one means, as we listen to Bieber expound on how he’s going to do his best to give the relationship a chance and (gag) be as loyal as possible–while warning her that he might stray. Give us a BREAK, JUSTIN! Tender, young Hailey is responding with puppy-dog affection by her acceptance of this tenet–Oh Hailey–RUN, don’t walk–away, and as fast as you can! If he were enamored the way you want him to be, he’d be the one willing to accept YOUR rules. Hailey–you’re going to look back on this one–and see how far you’ve come, one day.