Ke$ha Update – What Happens from Here?

Home » Ke$ha Update – What Happens from Here?
Previous Next

Ke$ha Update – What Happens from Here?

Since the high school dropout turned popular recording artist “s last album was released in 2013, Kesha Rose Sebert has virtually disappeared from the whole scene of pop music. In January of the following year, fans learned that she went into rehab due to an eating disorder she reports to have developed because of her producer Dr. Luke. Stating that the man who discovered the 18-year-old prodigy (and rocketed her to the pop music diva status she achieved) had been tormenting her in many ways. Among the worst to influence her development of an eating disorder included Dr. Luke’s comparing her body to a “fat refrigerator,” and forcing her to take illegal drugs over the near decade that frightened her into being led by intimidation by the CEO of Dr. Luke’s company, Kemosabe Records, Luke himself.

Allegations of Shameful Details Emerge
So, the star cites that after months of rehab and losing the dollar sign “s,” she was finally able to muster the courage to stand up to the man almost 20 years her senior whom she alleges was secretly abusing her all these years. Three years later, and after two lawsuits, Kesha states that the combined physical and mental abuse resulted in the producer taking full control over her music career, including her TV documentary series.  During this time, she wrote over 70 songs for Warrior, and made a full album with Wayne Coyne of the Flaming Lips–entitled Lipsha, which the spurious Dr.-producer, aka Luke Gottwald banned from being released.

The Man with at Least Three Names
Lukasz Sebastian, aka Luke Gottwald, aka Dr. Luke began his career in 1997 as lead guitarist for the SNL comedy show. From there, he began making remixes for big name recording artists, such as Bon Jovi and Gravediggaz. In 2004, his collaboration with Swedish record producer Max Martin to produce “Since U Been Gone,” Kelly Clarkson’s hit single catapulted Gottwald into major prominence. He’s been the force behind Katy Perry and Miley Cyrus, and has written hits for Britney Spears It was his Nashville discovery of the young 18-year-old that sent her on the fast track to chart-topping status. Since 2013, fans have been learning that things aren’t always as good all around as they might seem from the outside.

It Had to go Down This Way
A devoted Kesha fan moved to set up a “free Kesha from Dr. Luke’s management” petition in support of her idol in September of 2013. Among the claims cited by the 46-year-old mom of two Rebecca Pimmel, the petition accuses the “Dr.” of “stunting Kesha’s creative growth as an artist.” With the 120,000+ signatures and growing, comes the request for Sony to release Kesha from her contractual position of having to work with Dr. Luke any longer. In Kesha’s TV documentary series My Crazy Beautiful Life, Dr. Luke is portrayed as removing all but a trace of his client’s input in making her second album, Warrior. The star has received a heartwarming outflow of support from fans and peers alike, with Taylor Swift donating $250,000 to support her cause, and Lady Gaga and Adele speaking out against Sony for their unyielding stance on the matter. A debt of gratitude must be offered to social media, as well.

A Fly in the Ointment?
In 2011 oath-sworn depositions made by Kesha and her mom, the transcripts clearly show both to flatly deny allegations of any type of abuse or drugs being given. Kesha’s attorney, the infamous Mark Geragos explained that his client lied because, “Luke walked Kesha down the beach and threatened to destroy Kesha’s life and the lives of her family if she didn’t cover up his sexual assaults.”

The Only Solution
Shortly following Kesha’s admittance to rehab for bulimia, her mother, Pebe Sebert alleged that Dr. Luke had created her daughter’s neurosis by abusively pressuring her to lose weight, which Dr. Luke continues to deny. In October of 2014, with Kesha’s doctors all concurring that continuing to work with Dr. Luke could be “life threatening” for their patient, Kesha brought a suit against Dr. Luke, in which she cited sexual assault and battery, sexual harassment, gender violence, civil harassment, violation of California’s unfair business laws, intentional infliction of emotional distress, negligent infliction of emotional distress, and negligent retention and supervision. The suit sought legal permission to void Kesha’s contract with Gottwald and freedom to sign with other recording companies. Gottwald responded with a countersuit in which he alleged his client’s lawsuit was merely a ploy of her mother and new management firm to extort him into releasing her from their contract, claiming breach of contract and defamation.

The Gavel Lands Twice
In an earlier ruling by Manhattan Supreme Court Justice Shirley Kornreich, Kesha was brought to tears in the courtroom, upon hearing that “Sony would suffer irreparable harm if Kesha was not compelled to abide by a contract that requires her to make six more albums with the company.” In February 2016, Kornreich dismissed Gottwald’s countersuit, citing there being no jurisdiction over Kesha in the state of New York. In a rather nasty preemptive move, Gottwald had already filed a parallel complaint in Tennessee, in the event that his N.Y. suit failed. 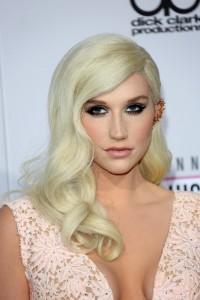 Sony Caves
Apparently a sufficient volume of public intolerance has been expressed to support Kesha’s position, forcing Sony to comply-or-potentially-lose-their-derrieres, as a result of voluminous boycotts, the company is moving to sever ties with Dr. Luke. Gottwald continues to deny all allegations and even any threat to his relationship with Sony. While the man’s represented a significant source of revenue for the company, not releasing him would be ruinous for Sony at this point.

Not so Fast…
While it’s wonderful news on so many fronts, if and when Sony follows through and hands Dr. Luke his walking papers, it’s not going to be so simple for the chanteuse, who is technically under contract with Kemosabe–Gottwald’s label, not Sony. A satisfactory conclusion could be a long way off, for Kesha, who in December revealed news of a new band she’s formed. With an eclectic sound influenced by country music with a bit of grunge feel and classic rock, Yeast Infection has been performing to thrilled audiences already, cranking out a new and different sound for many of her top hits. We may get to hear her perform her Dancing With the Devil, which sources say Kesha wrote about her experience with Dr. Luke. In moving forward, the option of settling out of court remains, and would be a wise move, to save Kesha’s career and Gottwald’s reputation from further damage.