The Latest on Justin Bieber – What’s the Change All About?

Home » The Latest on Justin Bieber – What’s the Change All About?
Previous Next

The Latest on Justin Bieber – What’s the Change All About?

It was only a short three years ago, when teen idol Justin Bieber had just turned 18. Filling in the gap of time from then to now, you’ll find numerous run-ins he’s had with the law including a DUI and some time in jail, a tragic breakup, and his infamous drag racing escapades. It’s surely been a bumpy road for Bieber, who has been struggling to make the transition from being a fresh-faced teen star to become a fully-functioning and independent adult–and all right within the public eye. We’ve observed him straining to find himself, with several full blown belligerent episodes, his urinating into a mop bucket and other forms of “acting out,” Hollywood style. The world has waited in wonder, for the ball to drop, landing Bieber somewhere safe between the highly charged bad boy he seemed bound to become and a fully arrived (however painfully,) post-adolescent young adult who enjoys an extra measure of good looks, and an appalling net worth for a self-made someone of his age. 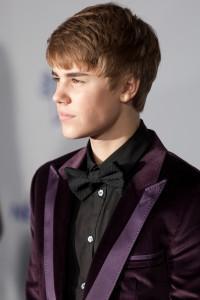 Recent Changes, But Are They Authentic, and Are They Too Late?
He has some overtly devoted 80+ some thousand fans who have stuck it out with him, the entire trip. Now, Bieber appears to finally be embracing the concept of how his behavior exists in direct correlation to his overall progress, and he’s wisely finding ways to branch out into different modes of not only music venues, all the while. His extended appearances have included a couple of appearances on the Ellen show, a roast, complements of Comedy Central, and together with James Corden, released a “happy-fied” Carpool Karaoke video. At the VMA, he shared his new hairstyle, along with some real tears, as well. Apparently everyone who has recently encountered Bieber concurs that he is, in fact, a changed man, with a palpable sense of purpose and self-containment that can only come with maturity.

The New Deal
The Canadian-born icon blames much of his former acting out on his inappropriately responding to the “haters,” who always try to break down anyone for whom everything just comes easy, and who is good at many different things. So what does a more mature Justin Bieber do when he’s got some free time now? He says he loves to play golf, and now that he’s 21, he enjoys being able to have “a few drinks, every now and then.” We’re rooting for ya, Justin, and we like this version of you a lot better. We all wish you the best of luck!