When it comes to beauty secrets, it would seem like celebrities would corner the market. After all, their careers depend on their looks, and when they get so much as a pimple, there’s likeley to be a whole team on it. Well, we’re all big fans of Jen, we loved her on “Friends,” couldn’t she pay it forward a little?

While celebs may have the final word on what they reveal, and what they choose to keep hidden, they do give their fans little scraps here and there. Here are some of them. 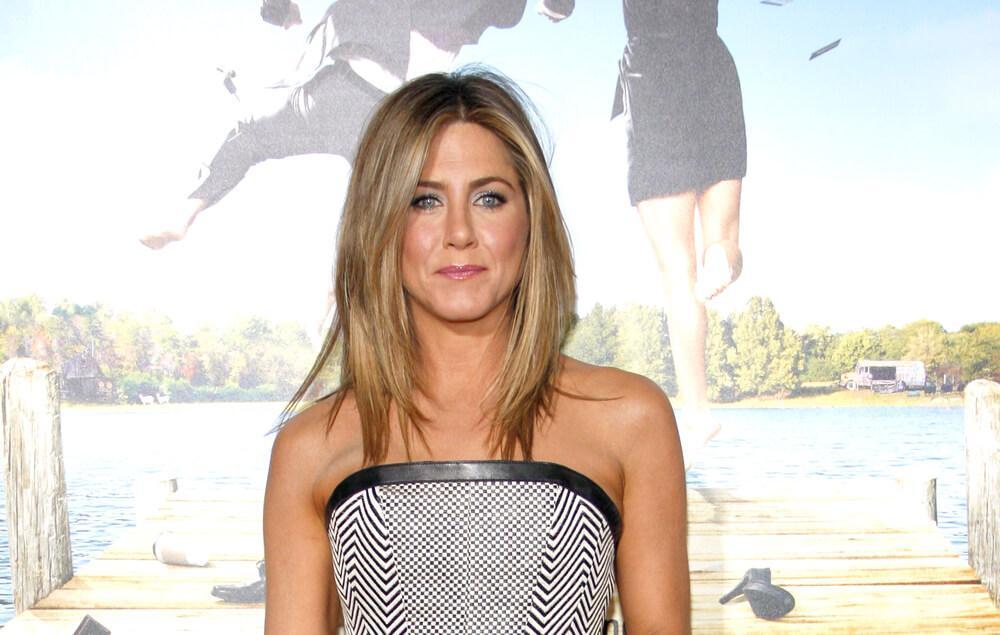 While we’re on the subject, why not start with JeniAni herself? Jennifer Aniston may have access to every available nip and tuck on the planet, but insists she did not go the surgery route. She actually claims to find some of the plastic surgery she sees out there cringeworthy. In fact, in an interview with Bobbi Brown, Aniston stated (about those who have had work done), I am grateful to learn from their mistakes because I am not injecting s**t into my face … I see them and it breaks my heart.” Quite a bold statement for Rachel Green!

So what does the beauty do to keep herself so young-looking? Jenn’s a big fan of laser treatment. She credits lasers and LED lights for her skin’s radiance. She also recommends drinking a lot of water, getting a lot of sleep, and using some high quality skin care products. 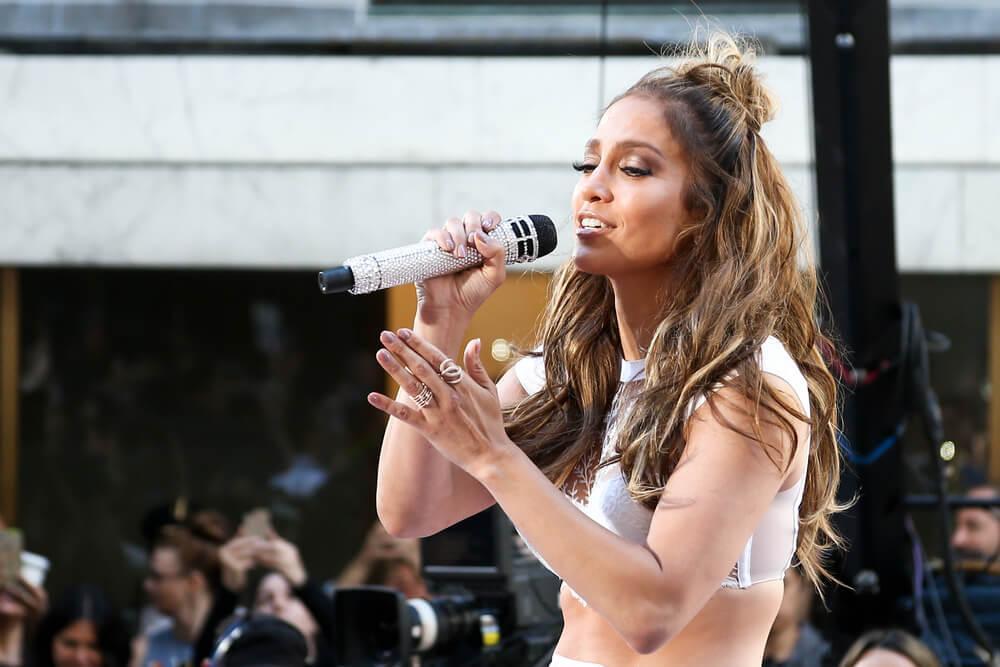 From one Jennifer to another, J.Lo, or should we say J.Whoa! has been strutting her stuff for decades now, but you couldn’t tell from looking at her. Those arms, those abs, that J.Lo butt – she may even look better now than she did when she first hit the stage. How does she do it?

When it comes to maintaining that killer bod, J.Lo gives props to the Tracy Anderson Method, and her own protein shake diet. Lopez recently launched her Bodylab brand centered on smoothies and supplements to promote healthy body weight. As for her skin? J.Lo says she relies on a simple regimen of anti-aging cream and never goes to bed with her makeup on. We can tell by her early morning posts on Instagram. 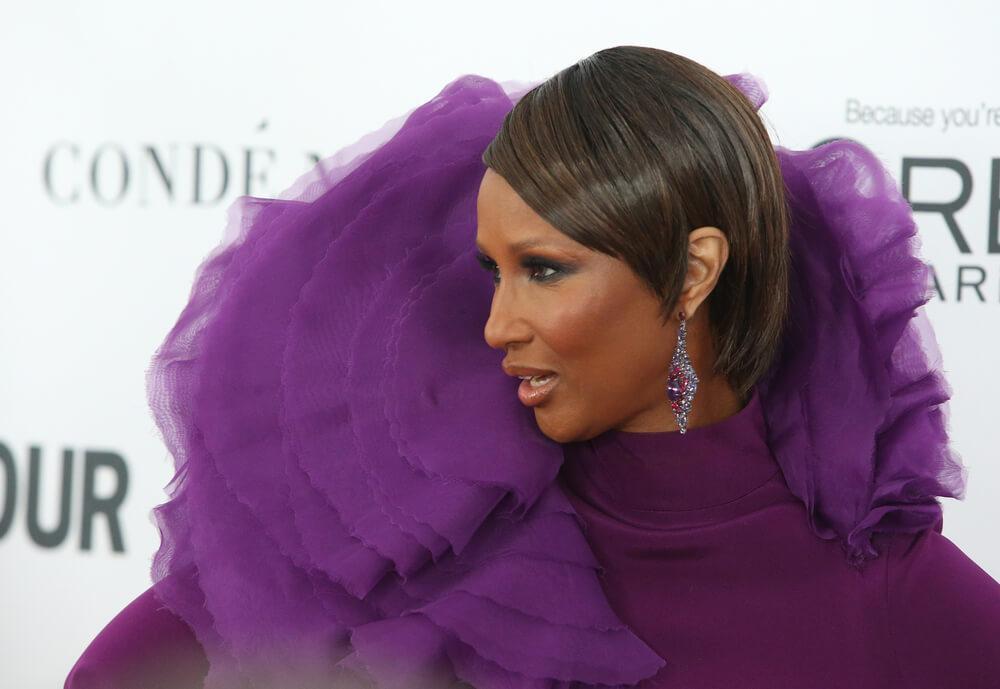 Oh, man, no way is Iman over 60! With that skin and that body? And who does she have to thank for it? Dear old dad! “My dad is in his 80’s, but looks 40,” the supermodel revealed in an interview with New Yorker Magazine, “so I’ve inherited that.” Indeed she has.

However, when it comes to her body, Iman admits that she is not so genetically blessed. She starts each morning with a shake, followed by a mixed fitness routine consisting of cardio, yoga, and weight training. She also has a semi-obsession with SK-II sheet masks, and an ongoing relationship with her bed. 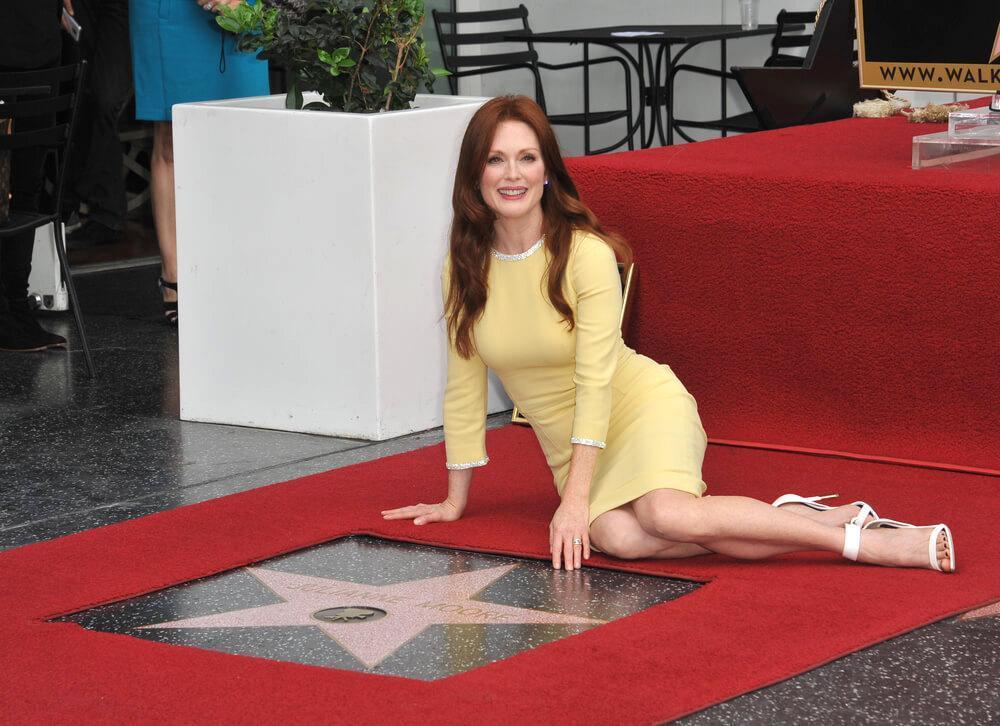 She may look like a delicate lily, but judging from the way Julianne Moore looks today, she’s got some super strength when it comes to anti-aging. In terms of maturing, Julianne wants to keep hers as natural as possible. Says she, “I don’t want to come out condemning anything anyone does, because I think all of these things can make people feel better about themselves, and that’s great,” but when it comes to herself, she has her own ways of keeping her spirits high. Julianne’s regime consists of avoiding sugar, alcohol, and dairy as often as possible, and she’s also a regular at the yoga studio. She does some light weight lifting and aerobics to keep fit. 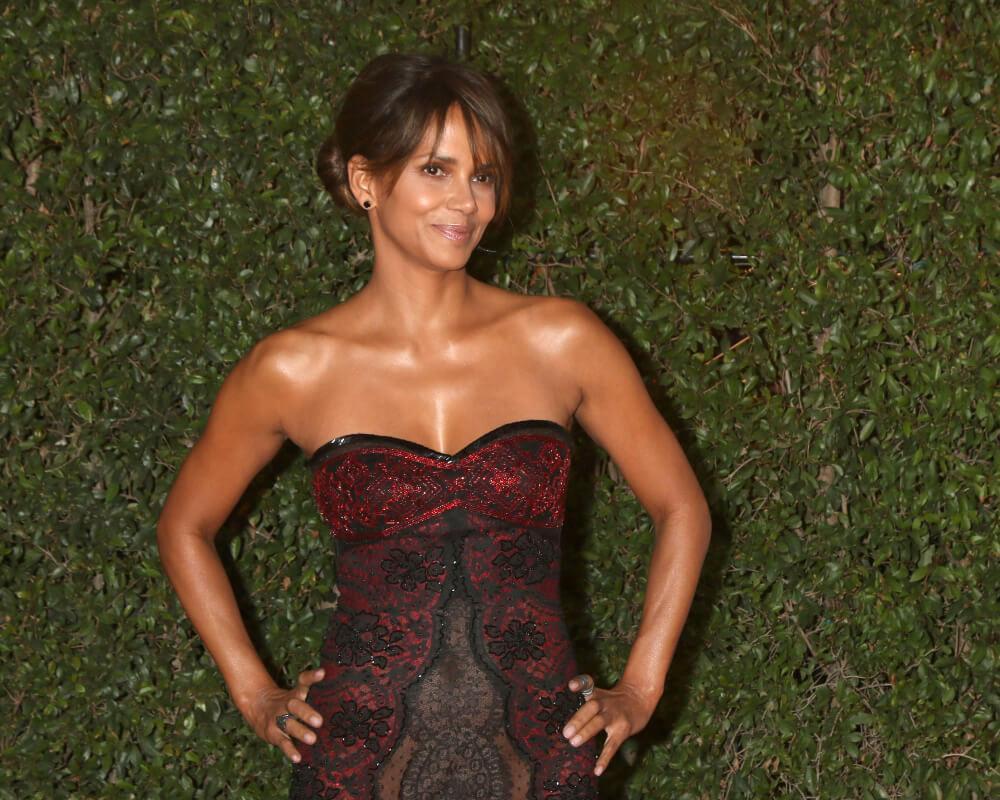 Hallelujah for Halle Berry! Is this woman aging backwards? When it comes to beauty advice, Halle believes in seeking some before spending your hard-earned cash on expensive products. Berry says, “Women in their twenties are turning to anti-aging products too soon instead of getting help from aestheticians.” Easy for a woman who never ages to say! As for Berry, she schedules quarterly visits with her facialist at Kinara to ensure her skin is looking its best. She says, “I haven’t had a need for technical creams yet, so I just cleanse, tone, and moisturize.”

However, Berry’s anti-aging approach is not completely effortless. She lifts weights, does cardio, and pilates, and shuns sugar. 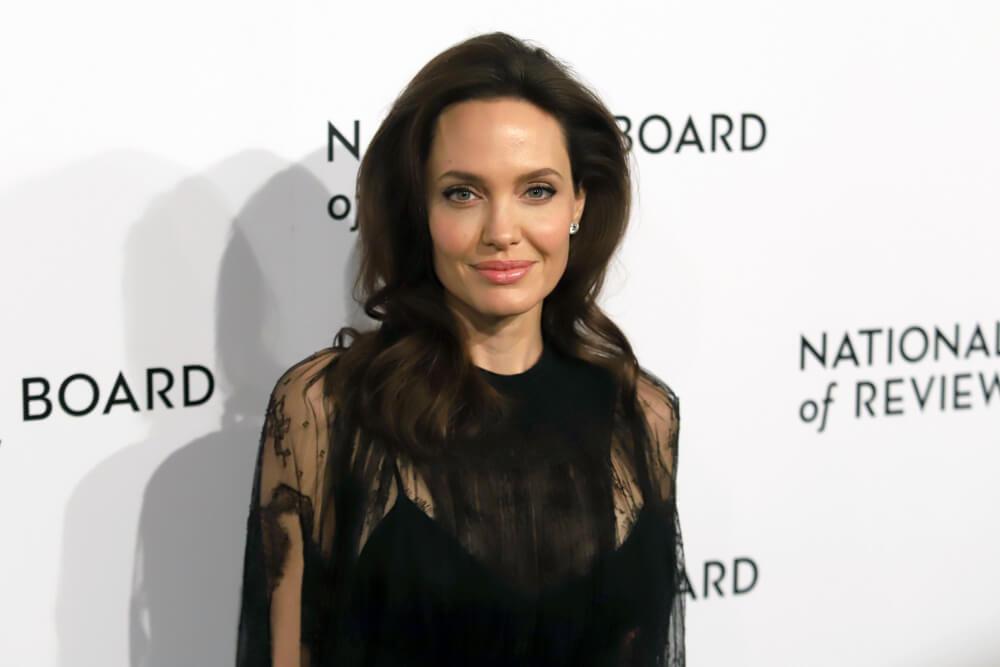 When we hear about Angelina Jolie wanting to wear Billy Bob Thornton’s blood in a vial around her neck, her odd skin care regime doesn’t seem uncharacteristic at all. When it comes to trying new things, Angelina gets top marks all around. In order to keep her skin so lustrous, Angelina’s approach is not exactly conventional; she does it by smearing caviar all over her face. Apparently, Angelina believes that Prairie’s Skin Caviar, which does in fact contain fish eggs, is worth every penny of the $710 the actress lays down for each jar.

She also tried veganism for a while, but reported that it, “almost killed her.” Instead, Jolie opts for a diet rich in ancient grains, and shuns yoga for kickboxing and cardio with a trainer. 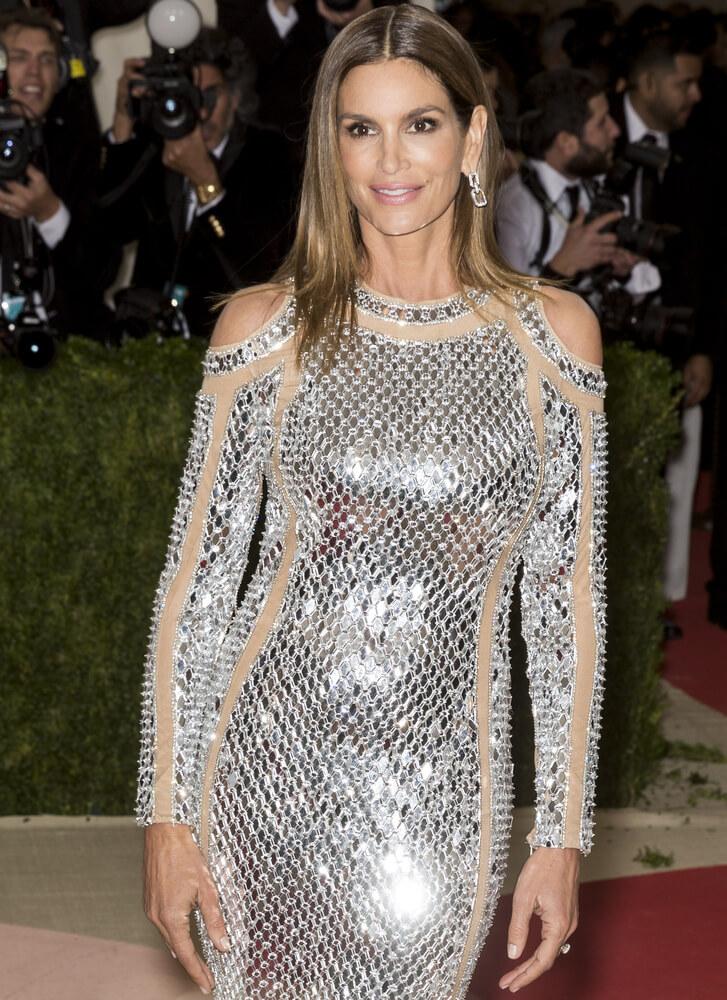 Cindy Crawford may be well past the peak age of a supermodel, but she’s got the makings of a cover girl. As a model, Crawford is well versed in the basic beauty dos and don’ts. “Don’t smoke, drink plenty of water, and do what makes you happy.” She also swears by Chinese medicine, and her own skincare line, Meaningful Beauty.

However, when asked what her biggest secret to beauty is, Crawford’s answer is none of the above. What is her winning tip? Patience. “When a 35-year-old starts to take care of her skin,’ she says, “she won’t look different. It’s at my age when you begin to see it paying off.” 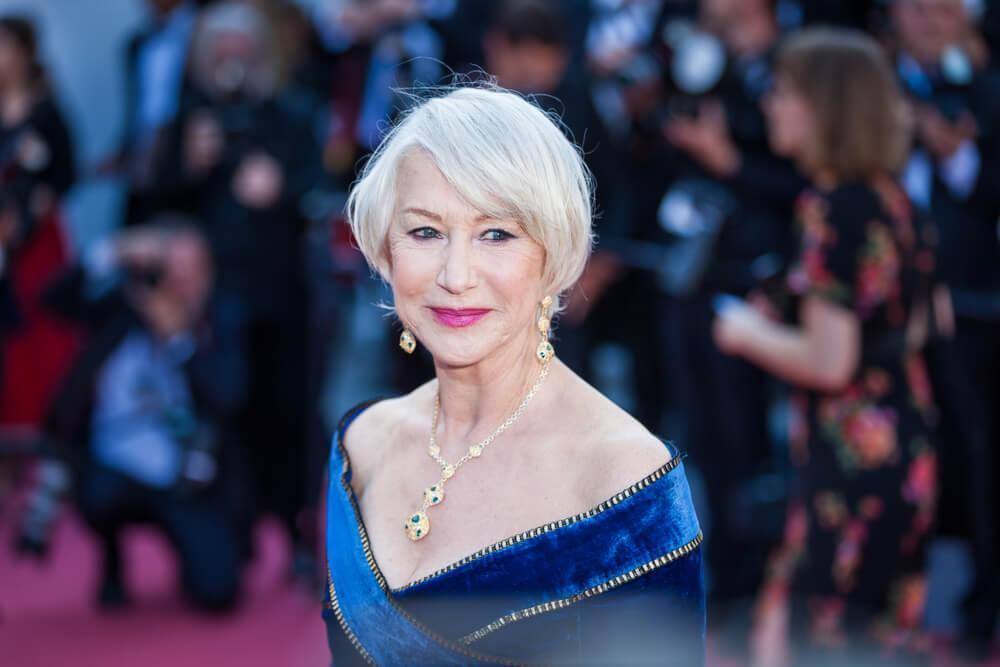 Helen Mirren may be the hands-down poster girl for anti-aging. When there’s a casting call for a mature lady with hot gams, she’s the Hollywood go -to! How does she do it? If you’re expecting to hear about some amazing product or procedure, you may be out of luck. This beauty’s secret, may not be so easy to obtain.

According to Mirren, “My mother told me that you should never worry about getting older. Because an amazing thing happens. As you reach each age, you find, like a miracle, you’ve got the tools and weapons to deal with it, and you’ve realized you’re not the only person in the world, and beauty is not the most important thing. To be obsessed by your looks is pathetic.” 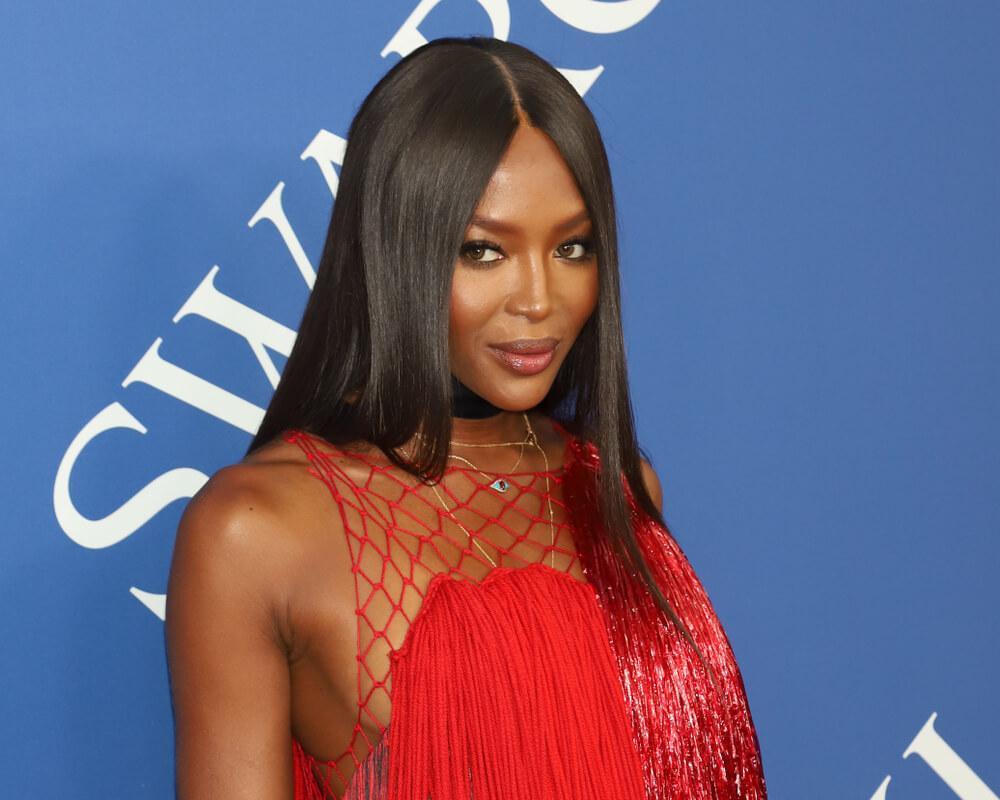 Ok, so some celebrities look young for their age, but Naomi Campbell looks downright fierce for her age. She started stomping those runways over 20 years ago, and she’s still stomping ‘em twenty years later. So what’s keeping her engine running in such fine condition? One thing Naomi owes her good looks to is her vegetarian diet. Another is her healthy cleansing and exercise regimen. “First thing in the morning,” says Campbell, “it’s lime juice.” She follows that up with green juice, and it’s all about yoga and pilates. As for that smooth skin, the beauty says owes it all to simple moisturizer. 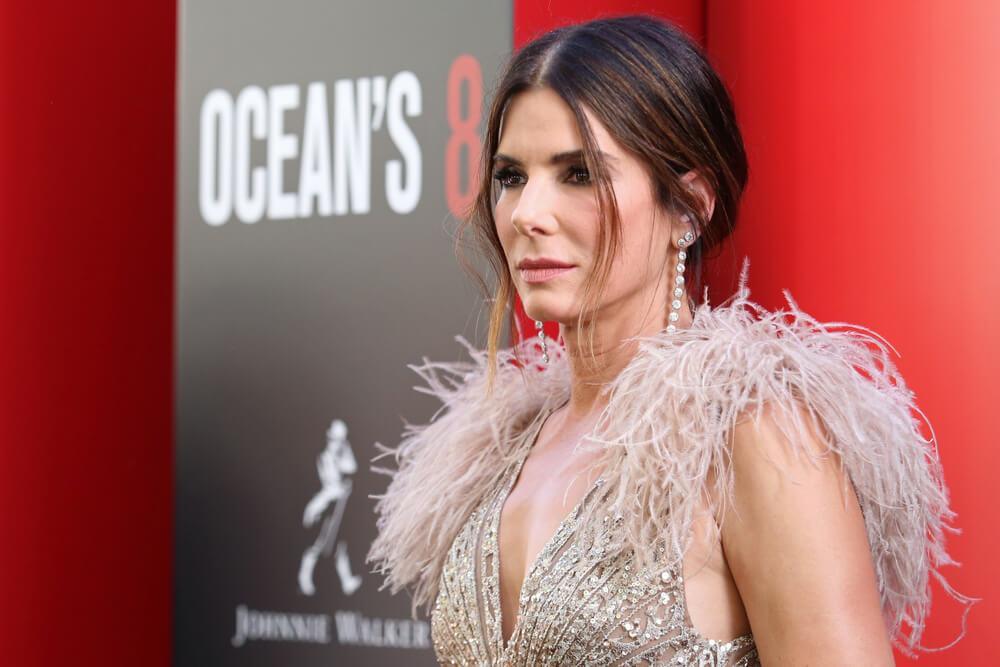 She’s rumored to be one of the nicest people in Hollywood, is it her winning personality that keeps her looking so young? According to Bullock, it’s her six-day kick-boxing, pilates, and weight training routine. The seventh day is her cheat day, when she allows herself to diverge a bit from her normal, healthy diet. As for Bullock’s complexion, the actress avoids the sun like the plague, and uses products from her own luxury skin line, Artistry. Guess her secrets are for sale, but well worth the hefty price tag! 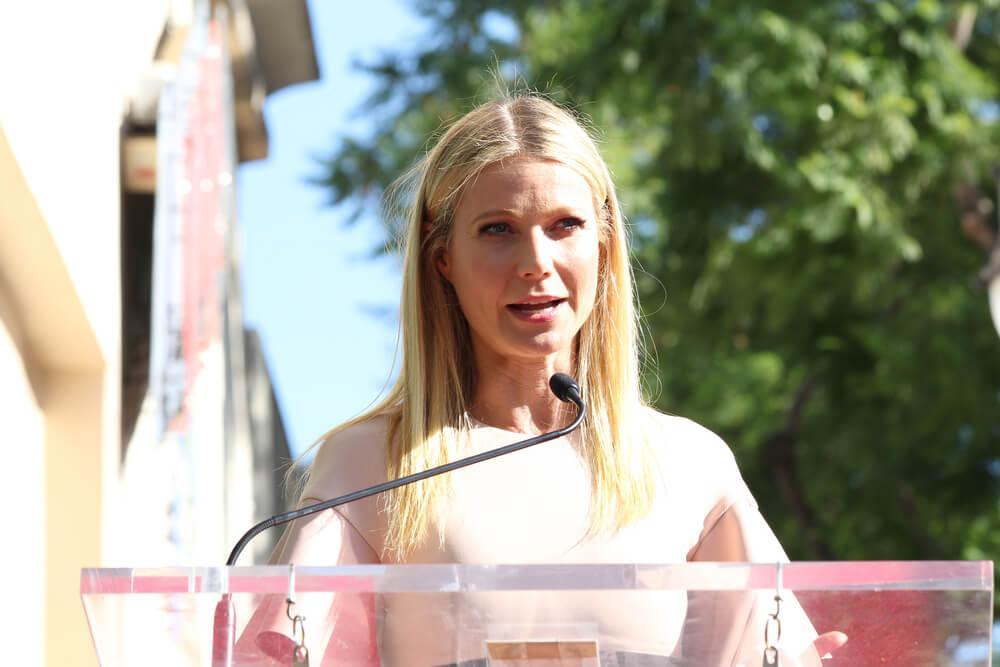 When it comes to Gwyneth, there are not many secrets at all. Anyone familiar with Gwyneth’s GOOP blog, already knows what a staunch proponent of clean eating she is. She’s done detox, veganism and has even gone gluten-free, and when she is not sneaking in her weekly Diet Coke and cigarette, sticks to a whole food and supplement diet.

Excercise is also big on Gwyneth’s list. She is generally credited with popularizing the Tracy Anderson method, and sites coconut water, exfoliation, and lots of water for her glowing complexion. As for Botox, she’s been there, and done that, and not too likely to go there or do that again. 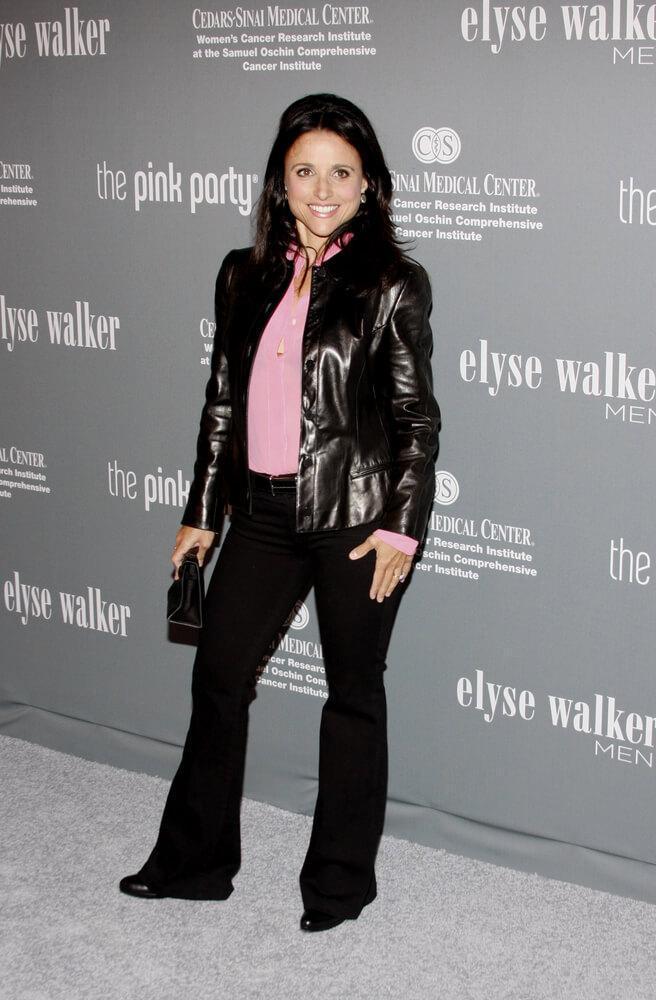 If having a sense of humor keeps you young, Julia Louis Dreyfuss is proof positive. This comedienne even takes aging with a grain of salt. When asked about her attitude on getting older by Health Magazine, Julia responded by saying, “It’s like, ‘Yeah, this is who I am f- off, as opposed to yeah, this is who I am, I’m sorry.” And that is Julia, unapologetic to the core.

However, that’s not to say Julia does not follow her own beauty regimen. While she jokingly describes her physical routine as “pushing the worry down and pulling the Spanx up,” she does enjoy hiking with her husband, and also uses La Prairie and Aquaphor to keep her skin looking youthful.

But, while Julia may be fearless as a comedian, she is scared of one thing, and that’s plastic surgery. “You can only fight aging so hard,” she says, “Then you just have to stand up straight and be graceful. 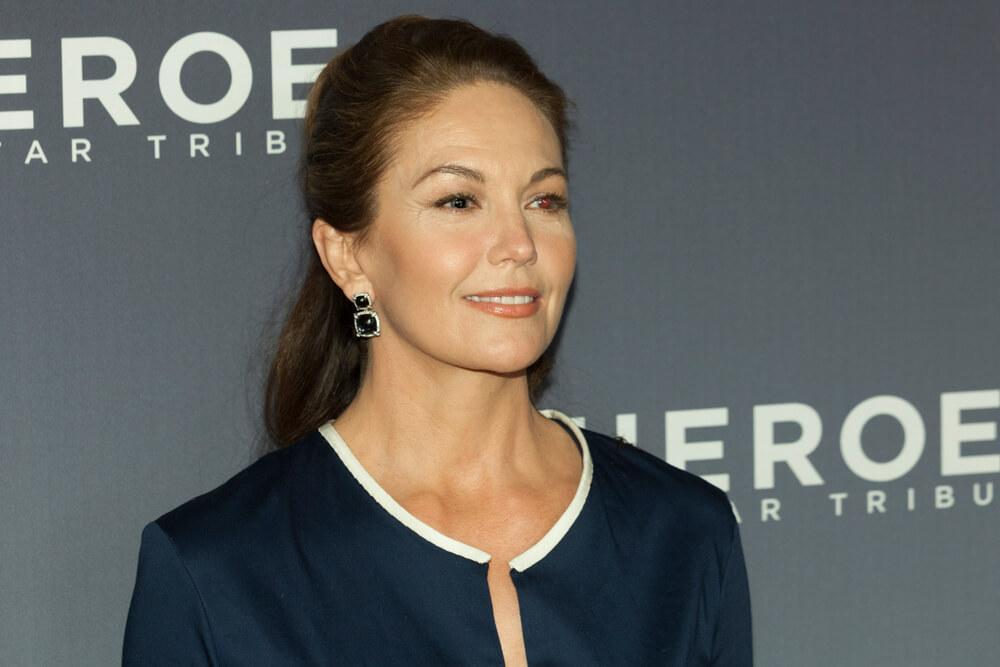 She may have outgrown her Brat Pack membership, but Diane Lane hasn’t outgrown her youthful beauty. While she claims her reluctance to have plastic surgery done is more fear -based than ideological ( Lane says she has been “too chicken” so far,) the actress seems to be doing just fine without it.

While we can assume that as a former Neutrogena spokesmodel, Lane may prefer that skincare line, the actress also admits to a fondness for “needling.” Needling is an “acupuncture facelift” which involves rolling hairlike needles across the face to stimulate the production of collagen. And she’s “too chicken” for plastic surgery? Go figure. 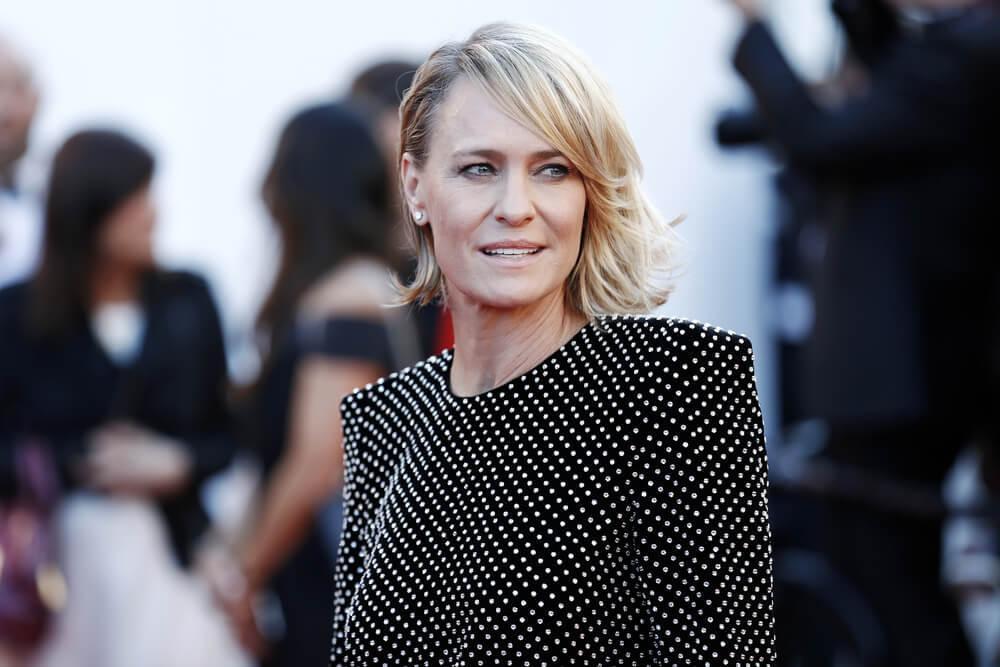 When it comes to aging, Robin Wright can do no wrong. It’s been over 30 years since we first saw her on “Santa Barbara,” and we still have a hard time accepting it. Ok, so she admits to the “tiniest sprinkle of botox,” twice a year, but that wouldn’t begin to explain the way Robin has appeared to literally stop aging in the last three decades.

A more plausible explanation might be Wright’s use of Orlane’s Anti-Aging Oxidating Skinline, which she first was exposed to by makeup artist Tricia Sawyer on the House of Cards set, or her 21-Reset Boost Cleanse diet based on completely unprocessed foods. She’s also a big zumba enthusiast, which helps keep her physique in top form.

So who’s your favorite ageless celeb? What would you do if you had the access to every beauty product and procedure? Would you go for plastic surgery, a little laser work, or would you keep it as natural as possible? Let us know. We love to hear your take on it.