The good news is: the people have spoken and science has listened. We have left no doubt that we are willing to invest in anti-aging products, treatments, and procedures as long as we get a good return on our investments. Science has heard us loud and clear, and it has been putting in its best efforts to answer the call.

While we have yet to find the product or procedure that will reverse the aging process completely, science has made a few inroads in that direction – and “40 is the new 20” is indeed an expression that seems to apply more and more frequently these days as a result.

Today, we have more knowledge about what ingredients are effective, and we have more access to them. We know about antioxidants, sunblock, exercise, and superfoods, and we have a host of injections, and surgical and non-surgical procedures to choose from. Yet, we still pour over the internet and all forms of media in search of the miracle cure that will banish aging and, yes, some news is ‘fake news’ and we all can fall prey to false hope.

So, in the spirit of trying to make your life a little easier, we have scoured our sources in an attempt to bring you the most trustworthy, reliable anti-aging tips, and compiled them here in an easy-to-read format.

Check out our best anti-aging advice below!

Probably, the first thing a woman needs to arm herself against aging is a good cream, which is easier said than done. If you’re just starting to build your anti aging arsenal, you’ll all too quickly become familiar with the disappointment of investing in a face cream that doesn’t work.

While there’s no fail-proof way to guarantee that you pick a winner when it comes to anti-aging creams, there are certain guidelines you can follow to at least improve your odds.

When you look at the ingredient label on a skin care product, you’ll find a lot of unpronounceable, unfamiliar ingredients that you most likely, will never have heard of, and, most probably don’t need to – most of these don’t matter. You can just sort of chalk these up as emulsifiers used to bind the cream, to preservatives that keep it from going bad, or humectants to lock in moisture.

When a brand advertises its product as containing a certain ingredient, you should make sure that it works when applied topically. Some skin care brands will take the latest “hot ingredient” currently riding the anti-aging bandwagon, that has been shown to be effective when taken orally, and add them to their skin care product.

The savvy consumer needs to know if there is research evidence that shows the ingredient works topically, and can be absorbed by the skin. in a lotion, not just when ingested.

How Much Is There?

Once you have established that the ingredient does indeed work, you need to know that there is enough of it in the product to actually make a difference. It is very common for a company to advertise the inclusion of a certain ingredient and then add said ingredient to its products in such minute levels as to be ineffective.

The best way to combat this is to make sure the active ingredients are listed toward the top of the list of ingredients, indicating that they are present in a larger concentration than the others.

So which ingredients should you look out for? Here are the ones that have gotten the all-important independent research stamp of approval:

Retinoic acid and retinoids are most commonly referred to as the ‘gold standard of skin care.” They’re the acid form of vitamin A, and the only thing clinically proven effective against wrinkles.

They also work on hyperpigmentation and acne, but they do come with a warning. It seems retinol is so strong it might just take off more than your wrinkles. Look out for peeling, inflammations, and redness, when using potent ingredients like this. Usually available by prescription only.

These are the kinder, gentler forms of retinoic acid, not as effective, but also not as likely to cause negative skin reaction.

When copper peptides were found to have tissue healing properties to treat chronic wounds, someone decided that it might be a good idea to try them out in anti-aging skincare products, and it seems like the idea was a keeper.

Peptide compounds are tiny fragments of protein, known to have anti-inflammatory and antioxidant properties which make them an ‘ingredient of interest’ in many anti-aging products.

Vitamin C can do no wrong, right? We’ve been taking it since we were kids, and look at how well we’ve grown up!

While the vitamin may have been our childhood savior against the common cold, C apparently has a darker side when used in skin care.

Vitamin C is essential to the production of the collagen that gives skin its flexibility, and it’s also a potent antioxidant which protects skin from free radical damage.

However, the problem with Vit C is that it degrades when its exposed to air, which can cause it to make wrinkles and inflammation worse. Therefore, it needs to be present at high levels (about 10%) in order to be effective. Vitamin C can also cause some negative skin reactions and should be accompanied by skin calming ingredients in the formula.

Effective, but has its drawbacks.

AHAs have been used in anti-aging treatments for two decades, and a number of studies attest to their effectiveness when used as citric acid, lactic acid, or glycolic acid peels. They work by strengthening skin and stimulating collagen formulation.

However, at under 8%, they are useless, and best results come from creams with concentrations of 10 to 15%, over which, they would be more effective, but also more likely to cause irritation.

When purchasing a product with AHAs, keep in mind that AHA is an inexpensive ingredient, and costs only a fraction of a dollar, at even the highest levels, so don’t overpay for a cream that features AHA as its main active ingredient.

Estrogen has been documented by scientists looking at the effects of hormone replacement therapy on women of post-menopausal age. A clinical study in Austria showed that bio-identical estrogen added to creams as estradiol or estriol could make skin less fragile, and more firm and flexible.

Unfortunately, despite its effectiveness and low-risk profile, the HRT cancer scare has inhibited large development of the use of estriol in skin care.

Green food is a hard sell. It is the fate of the green Skittle to wind up at the bottom of the bag after all of the better colors have been eaten. Green M&M’s are always the last to go at parties, and need we even speak of what happens to innocent brussel sprouts?

It would seem like any food company would have good reason to avoid artificially coloring food with any sort of green hue, unless they were marketing it to cows. So how do we explain the popularity of the green smoothie?

You may have noticed the phenomenon we call the green smoothie surfacing at supermarkets and in blenders on health food stores. Perhaps you also know that most green smoothies get their color from turbo-charged ingredients like matcha tea, kale, spinach and spirulina. 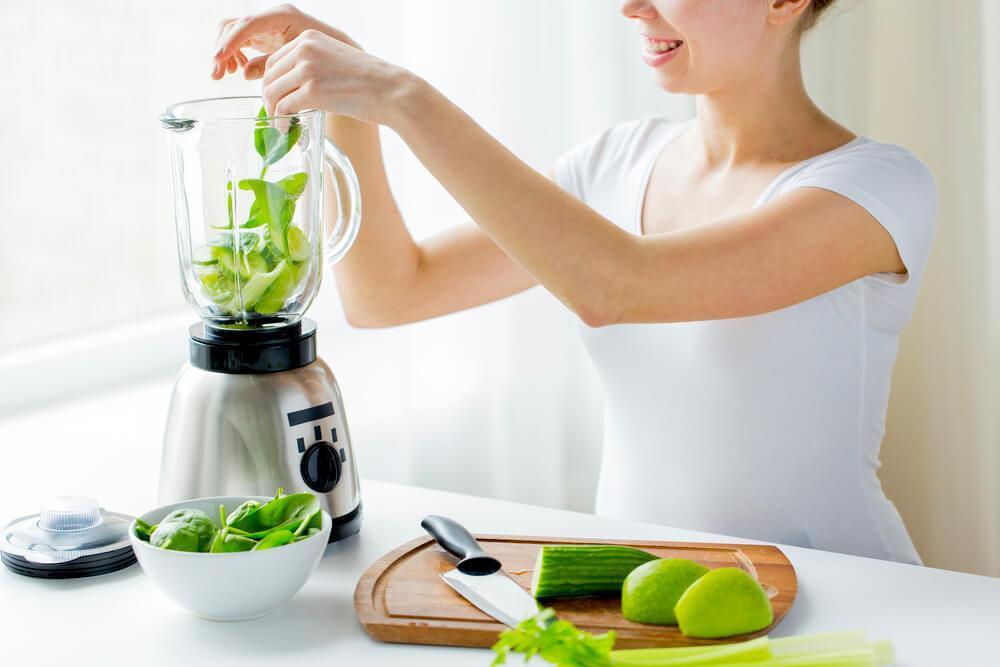 Mix up a green smoothie and you’ve got a drink bursting with antioxidants, health, vegetable enzymes and health, and perhaps one of the best smoothies colors for anti-aging.

The upshot? Green smoothies get a lot more votes than green Skittles.

While we’re on the subject of green foods, let’s zero in on matcha tea. If the word superfood can be applied to anything, this is it. Matcha green tea is the ultimate in anti-aging. It fights dementia, burns fat, lifts moods, improves skin health, detoxes the body, and its got the academic research to prove it. Need more convincing?

If ancient Eastern wisdom is as magical as many believe, matcha is the tea of youth. The Chinese call matcha “the elixir of immortality.” What puts matcha in the lead ahead of all other the anti-aging foods? It’s the catechins. Dr. Andew Weil says, “Matcha is rich in catechin polyphenols, a compound with high antioxidant activity. These compounds offer protection against many kinds of cancer and slow the aging process. “

Why else do we love matcha? Because it gives us a steady supply of caffeine and releases it over a longer period of time, so we get a regulated dose of energy throughout the day, as opposed to the intense adrenalin rush of coffee, which often leads to a depletion of energy.

Matcha also has L-theanine, an amino acid found in tea that promotes relaxation and balances the caffeine effect. Plus, it keeps our metabolisms up, and our waistlines down, and who doesn’t love that? 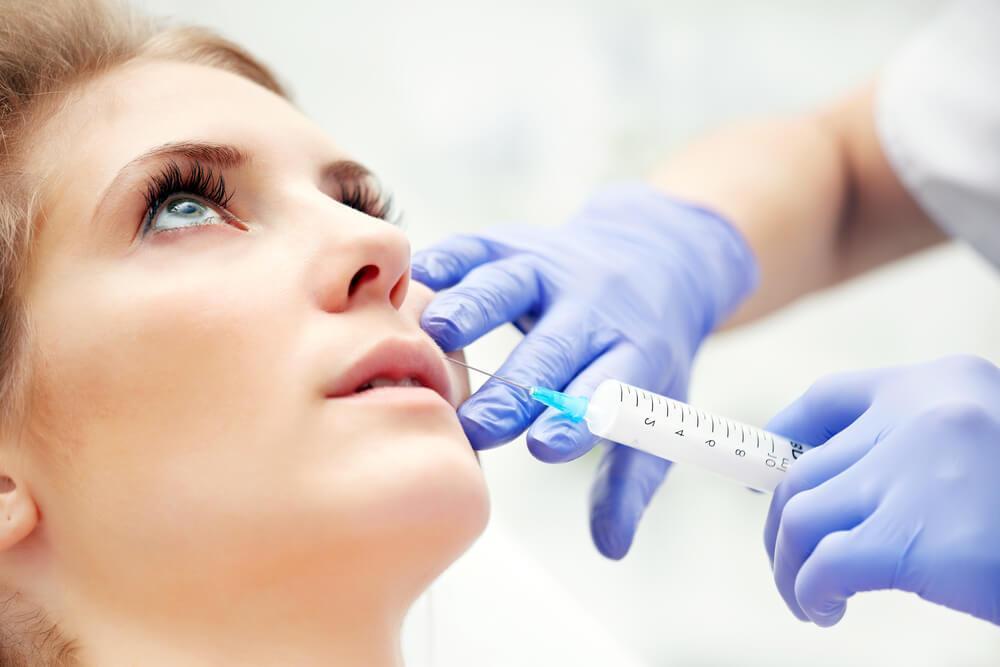 It’s been the subject of horror stories, fodder for late night comedy, and intense speculation over who’s had it and whose foregone it in Hollywood and among mothers picking up their children after school. At first, it seems like the ideal solution: a simple, reasonably priced injection and adios wrinkles. However, on closer examination, there are some not so fun facts when it comes to botox.

So, should you do it?

If you’re considering botox, the first thing you should know is what it is. Botox is the brand name for prescription medicines made from two substances: Botulinum Toxin Type A and Botulinum Type B, both derived from toxic bacteria.

Doesn’t sound so pretty so far, does it? I

t’s approved by the FDA for use in cosmetic applications, such as getting rid of frown lines, and also relieving symptoms to certain medical conditions.

Although FDA approval only covers treatment of frown lines, surgeons often use botox injections to treat lines in the forehead, and around the eyes, mouth, and nose.

Botox injections are used to treat “motion wrinkles,” or wrinkles caused by repeated movements of the facial muscles. They work by blocking the reception of the neurotransmitter acetylcholine.

In simpler terms, the nerve continues to send a signal to the muscle to contract, but the muscle remains paralyzed. Eventually lines soften and are, in some cases, eliminated. In time, the toxin is broken down by bodily enzymes and further injections are needed.

This is where the main controversy over botox begins. While modern botox users are in a better place than earlier guinea pigs of the treatment, there is a lack of proper research on the side effects of botox.

However, although it seems botox raises a high number of safety concerns, it actually has a very low incidence of side effects in relation to the number of injections that have been perfumed, and actually, as a treatment for anti-aging, botox appears to be among the safest.

In fact, based on statistics, normally healthy people in the age range of 18-65 are unlikely to develop serious reactions from the use of botox.

So why the bad rep?

It would seem that most of the risks associated with botox are related to medical treatment for patients who are not in good health to start with, and is reasonably safe for healthy individuals. However, board certified medical professionals are the only individuals qualified to oversee safety of the procedure and deliver proper results. If you look to a spa or a botox party, you may be gambling with your health.