Top Celebs Invited to the White House and Why

Top Celebs Invited to the White House and Why

Celebrities get a bad rap for superficiality thanks to all the focus on their red carpet looks and night life antics. Yet many celebrities are highly educated and passionate people who are fighting social causes or trying to effect policy changes. Some of them have even been invited to the White House to bend the president’s ear or even to play a role in official government business. While some find that stars are about as qualified to comment on politics as the next person, it is true that celebrities have a status and ability to reach masses of people and influence fans one way or another, making them not only a sounding board but a way for politicians to get a message out.

Here are a few of the top celebrities invited to the White House in recent years:

Bob Dylan
The famous singer was awarded the Medal of Freedom in 2012 for the influence that his music had on the Civil Rights Movement of the 1960s. The Medal of Freedom is a civilian award, and it was also given in recognition of his lasting, musical legacy. Dylan was also given the National Medal of Arts in 2009 and continues to show up from time to time for particular events. 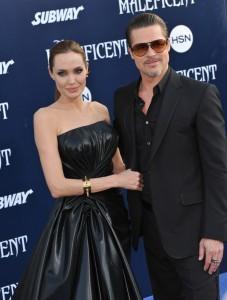 Angelina Jolie and Brad Pitt
The Jolie-Pitts have a well-known reputation as humanitarians. Jolie has been a special ambassador to the United Nations, and both have worked on behalf of Hurricane Katrina survivors, Syrian refugees, and more. The couple was invited to the White House to discuss their humanitarian work. Jolie, specifically, discussed work to prevent genocide and violence against women. Brad Pitt has played a huge role in rebuilding homes in New Orleans after Katrina devastated Louisianna. Even today, he continues to be a hands-on presence in the southern state, using his own time and money to help those still in need.

Kal Penn
The actor famously known for his roles in the “Harold and Kumar” movies was put on staff in the Office of Public Engagement at the White House. He actually left his role on the hit television show, “House,” to take the role, leaving fans scratching their heads at his sunny character’s sudden an unexplained suicide. We’re not sure if fiction or reality was stranger in this case.

Many more celebrities have had invites to the White House to attend special events like the correspondents’ dinner or even the First Lady’s birthday (we’re looking at you, Beyonce).

There are the neigh sayers who wonder why those who simply read lines from a script or lip sync songs on stage each night are held in a higher esteem than the average Joe, but the fact is that many of the stars that are invited to the White House truly do make a difference in the world. From donating time and money to getting droves of people involved in charities, these spotlight rangers have a stage that can be used for good.