Young women always benefit when they have a positive role model to aspire and look up to. While many celebrities may not have the best of images, Taylor Swift is one star who could definitely provide so much inspiration to young women all over the world.

Here are 12 reasons why Taylor Swift is such a fantastic role model.

She Believes in Empowering Women

Taylor Swift firmly believes that girls and women all over the world should feel empowered, and this is something that she strives to help with as much as possible.

Back in 2015, Swift sued a Denver radio host for sexual harassment, after which she was counter-sued back.

So, what did she do?

Well, Swift wanted to show women all over the world how important it was to fight back in cases such as this. So much so that she counter-sued Mueller for just a single dollar.

Why would she do this, when she is worth so much money?

Because money wasn’t the aim here. Instead, Swift wanted to use this experience as an opportunity to empower women and show them that no really does mean no. Rather than being in it for the money, Swift just wanted to see justice for women being carried out.

She Makes Time for Her Fans

Without her fans, Taylor Swift would not have reached the heights of fame as she has done. 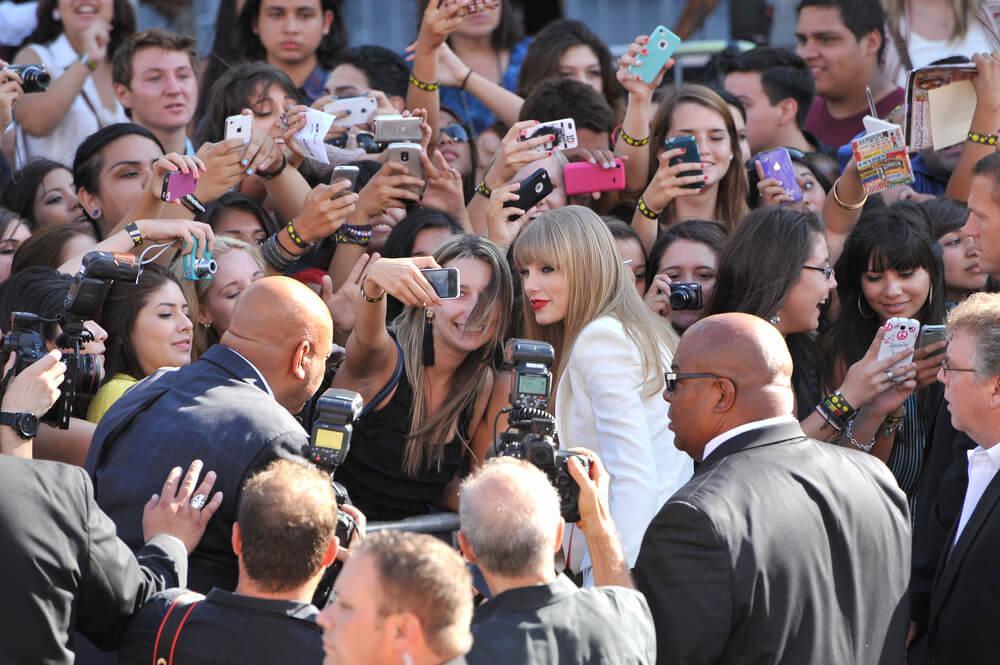 Swift fully realizes this, which is why she always makes sure that she has time for her fans.

One example of this would be the surprise visits that she is known for. Whether popping in on her fans to wish them a merry Christmas, or simply stopping by when she knows that one of her fans is having a tough time with life, Swift always tries to be there for her fans as much as they are there for her.

Another moment that made the headlines was when she was not able to attend the wedding of one of her fans that she was invited to. As an apology, Swift hosted a bridal shower for the fan, complete with plenty of gifts.

Of course, when she can attend a fan wedding, she does. Not too long ago, Swift surprised two of her fans at their wedding reception, and even put on an impromptu performance for them.

Fan art is something else that Swift tries to encourage. Creativity means a lot to the singer, and she always tries to promote this among her fans. When her fans produce a particularly impressive piece of art, whether this may be a drawing, a music track or a choreographed dance, Swift is known for appreciating these and sharing these with the rest of her fans.

She Doesn’t Put Up with Bullying

Taylor Swift is no stranger to being bullied, and this is something that she really doesn’t stand for.

Not only did Swift experience bullying as a child, but there were a couple of instances of this once she reached adulthood too…

In 2016, after her public disagreement with Kanye West and Kim Kardashian, Swift faced so much backlash. This caused her to disappear from the public eye for a while, until the release of her next album.

When she decided to return, she spoke to her fans openly about her experience, telling them that what should really matter is the opinion of the people closest to them.

Of course, you may also remember the time when Taylor Swift stepped in to stand up for one of her fans who was being bullied. When the bully made a negative comment about her fan’s appearance, Swift quickly replied to this and set the story straight.

Her Lyrics Are Motivational

A role model should be able to motivate and inspire women, and this is something that Taylor Swift definitely does through her music.

Need some motivation in your life?

Here are some of the top Taylor Swift songs to listen to for this:

Unlike many other singers out there, Taylor Swift is still producing songs about her own emotions and deeper feelings, rather than focusing on sex. Many of her songs also have hidden meanings in her lyrics, and this is always so much fun to try to figure out.

Many celebrities often take on an air of arrogance once they have reached the heights of fame, but Taylor Swift is not like this.

Instead, Swift has remained extremely down-to-earth, which is what has helped to keep her relatable to all of her fans.

When her fans meet her in person, they cannot believe how friendly, funny and sarcastic she is, and Swift always goes the extra mile to make sure that the people around her are comfortable and happy.

Swift also appreciates the simpler things in life, from baking cookies to cuddling up with her cats. In fact, Swift loves her cats so much that she is often seen taking them with her when running errands around New York City. It doesn’t get more down-to-earth than that!

She is Extremely Talented

This should have probably been first on the list, because Taylor Swift’s talents are what have brought her the incredible amount of success that she has experienced so far. 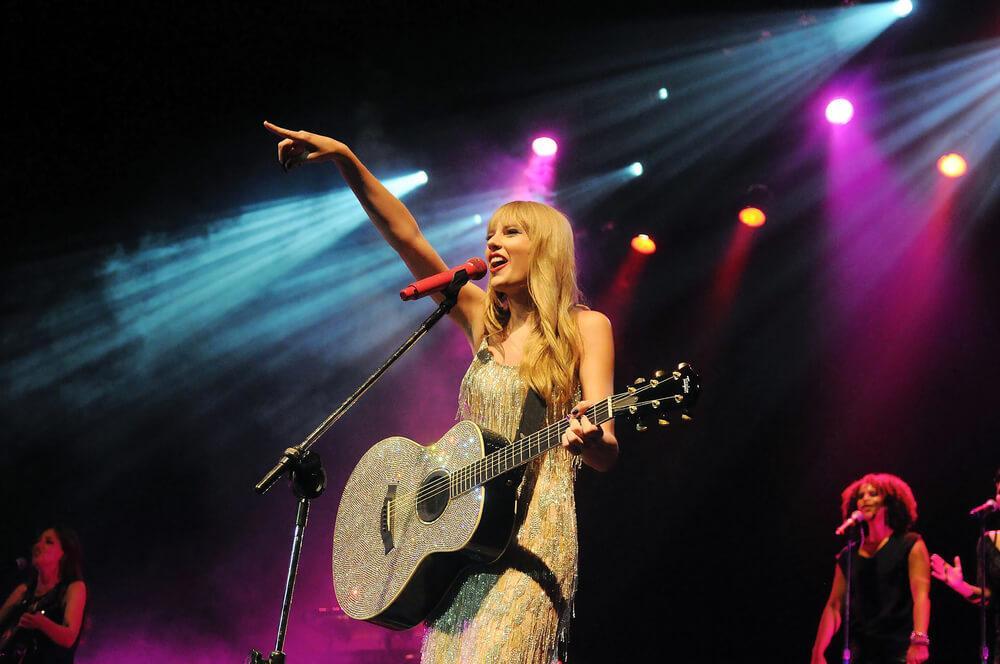 Unlike many other singers out there, Taylor Swift writes all of her own music and lyrics. You will notice this on her albums after each track, with no other songwriters needing to be credited since Swift has done it all herself.

Swift can also play multiple musical instruments, and also choreographs all of the dances in her performances.

She is a Successful Businesswoman

Unfortunately, in this day and age, talent on its own is not really enough. In order to really make it big in this world, you have to know a fair bit about business too.

This is something that Taylor Swift has mastered.

When releasing new albums, Swift makes sure that she utilizes a multi-platform strategy, bringing together everything from social media posts to streaming services to song teasers. She even trademarks certain phrases in her music that she thinks may become popular.

Swift is also well-acquainted with the real estate market. By the time Swift was 25, her real estate portfolio was worth more than $86 million, and included a penthouse and an estate in Nashville, a waterfront mansion in Rhode Island, a penthouse in Tribeca, and a large house in Beverly Hills.

When it comes to her own business, in addition to being a singer, Swift also considers herself to be:

Over the years, Swift has taken bold leaps when it comes to her business. From completely reinventing herself to knowing when to walk away, it is Swift’s business savvy that has helped to catapult her celebrity status.

She is Extremely Generous

With great wealth comes great responsibility, and this is something that Taylor Swift definitely understands.

While she understandably loves to treat herself with her hard-earned cash, Swift is also extremely generous, donating so much to various charities each and every year.

There are countless examples of Taylor Swift’s charitable nature, but here are a few stand-out moments:

She Understands the Importance of Good Friends

Good friends are so important, as this is what will help you to get through some of life’s most difficult days.

It may be hard to imagine, but Swift has faced so many hard times in her life, and really appreciates the support and help that her friends have given her over the years. 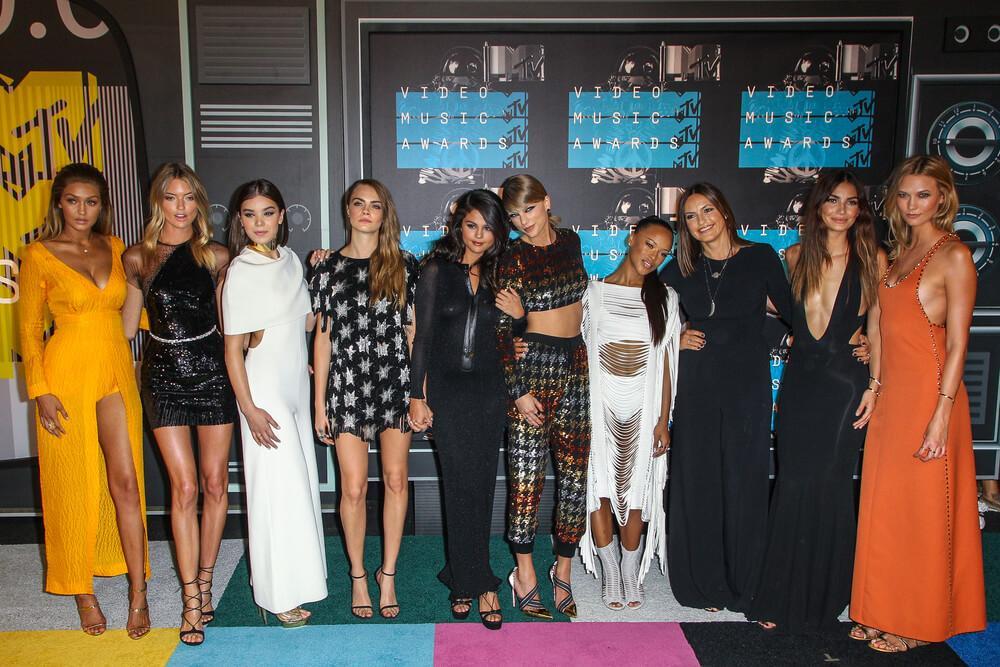 Wondering who Swift’s best friends are?

Well, if you have seen photos of Swift while she is out and about, you probably already know that her squad consists of quite a few famous faces.

One of her absolute besties is Selena Gomez, whom she met in 2008 when they were both dating the Jonas brothers. Ever since then, the two have been inseparable.

Lena Dunham and Karlie Kloss are also good pals with Taylor, as are Gigi Hadid and Lily Aldridge.

Not only does Swift appreciate her good friends, but she also looks up to them, with each of her friends serving as one o of Swift’s role models.

She Keeps It Clean

Taylor Swift knows that so many young girls look up to her as a role model, and makes an extra effort to live a life that is as clean as possible in order to impart the right ideas on to her fans.

For many celebrities, alcohol and drugs are common downfalls, but these are things that Swift stays away from. Although she does occasionally enjoy a drink, she knows how to limit herself, and does not end up plastered all over tabloid front pages in an intoxicated state. Swift also stays well away from drugs.

It isn’t just her lifestyle that is kept clean either…

In all of her songs and music videos, Swift makes sure that everything is suitable for young children to watch and listen to. She doesn’t use curse words or inappropriate imagery, making sure that her work can be enjoyed by everyone.

There may be a couple of songs that some parents would want to monitor, but, other than that, parents can rest assured that if their child is listening to Taylor Swift music, they won’t end up picking up anything negative from it.

She Knows How to Dress

When it comes to fashion, many celebrities tend to favor extravagance, along with skin-revealing designs.

However, Taylor Swift is an exception…

You would have a tough time finding Swift on any worst-dressed lists because the star always manages to look impeccably turned out, with even her casual outfits having a unique, preppy edge to them.

Her style is something that inspires so many women around the world, and the soft, feminine quality that her personal style has will only continue to develop as Swift grows.

She Loves Her Family

Family is so important, and Taylor Swift makes sure that she always keeps her close.

Her mother has been such a key part of Swift’s career as it developed, and, in 2015, when Swift revealed that her mother was suffering from cancer, fans were devastated. They all rallied together to show their support for Swift and her mother, while Swift encouraged them to make sure that their parents were undergoing regular cancer screenings, no matter how busy their lives may be.

Wondering how her mother is now?

The family are keeping the condition under wraps as much as possible, but her mother seems to be battling through, and Swift has been spending as much time as possible with her over the last couple of years.

As you can see, Taylor Swift is a fantastic role model for a young woman to look up to. No matter what stage they may be at in their lives, you can be sure that Taylor Swift will have so much to teach them.