These stars, for many a fledgling youth, were the first-ever loves in life. We made sure to catch every single movie they were in, bought up every form of memorabilia and keepsake marked under their names, waited forever in line to be among the first to purchase their CDs, and studied their moves, behavior and dance styles to a T. We plastered their posters all over our bedroom walls and their style was at the heart of everything we did, from copying their fashion to continuing to follow them. The truth be known, a good many of us are still crushing on these stars, and with good reason, as they’ve all (or at least the ones mentioned here–and several more) managed to make the journey into the 16th year of the next century, looking hotter than ever!

Kevin Bacon
On the high side, in terms of median age of this list, Bacon is still every bit as hot–and more! With his model-class good looks that seem to be concealing an underlying the perfection, Kevin Bacon is now 57 years old. He managed to rock the role, whether it was the heartbreaker bad guy or the adorable hero. As Ren McCormack in Footloose, Kevin made his solid mark, on the big screen and in our hearts–and is still workin’ it today.

Diane Lane
As Cherry Valance in The Outsiders, Lane made the jaws of every red-blooded man drop further than ever, and she had only just turned 18 years of age at the time. Once dubbed by Time Magazine as The New Grace Kelly, she has always had a pure, classic form of beauty that is timeless. Now, at 51, the oscar nom Lane is working all the time, and rocking every female lead–while looking hardly older than she did in the 80s, to boot. Maybe being married to Christopher Lambert has had something to do with it. 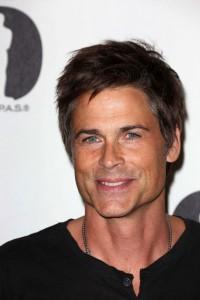 Rob Lowe
Surely the handsomest member of the “Brat Pack,” Lowe’s box office draw suffered a tremendous blow that created a hefty chasm in this heartthrob’s climb to pinnacle status. Once again proving that no amount good looks or charm can make a star impervious, Lowe managed to get himself entangled in a career-shaming event, with a sex videotape in which Lowe also starred–although this one was never intended for public release. It was then a while before he was able to return, but return he did, and he still has those piercing blue eyes–and his mischievous grin has only improved.

Mickey Rourke
Oh, how we swooned, watching Mickey Rourke in Rumblefish, and with Kim Basinger in 9 ½ Weeks, back in 1987–the best bad boy act which Rourke plays so well. Although his love of boxing has cast a giant shadow–and impact–on his image, and in more ways than one, he has managed to keep the attraction going. He was working on at least four films in 2015–quite a thing for an actor who is an official, card-carrying Baby Boomer, at 63 years of age.

Sean Penn
Once husband of Madonna, Penn’s newest love interest is Charlize Theron, and Penn’s looks seem to have only improved with the years. Now 53, the bad boy Penn has chosen his roles wisely and at the same time managed to avoid becoming pigeonholed. Maybe we’ll catch the two lovebirds in the leads of a new movie. 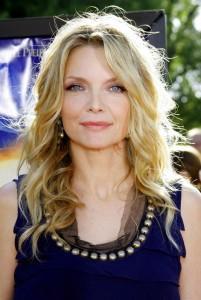 Michelle Pfeiffer
Sexier than ever, the blond and beautiful 57-year-old Pfeiffer made the start of her large fan base–and as a particular fave among men–as Tony Montana’s moll in Scarface. She vows never to have cosmetic surgery to sustain the youthful look, and at least so far, she doesn’t need to!

These are just a handful of the 80s heartthrobs who are still working’ the looks and style, and killing at the box offices!