Batman vs Superman–What People are Saying

Home » Batman vs Superman–What People are Saying
Previous Next

Batman vs Superman–What People are Saying

On March 16, 2016, movie going audiences at long last got to experience the latest superhero showdown, in Batman v Superman: Dawn of Justice, it all begins from more of a civilian-experienced take on the preceding laying waste of Metropolis. Now, Bruce Wayne is striving to evacuate his ruling skyscraper, the hub of Wayne Enterprises remotely, after being crippled by a questionable Superman and while combatting General Zod.

A Different Batman Emerges
At first, it would appear that Wayne’s integrity and motives are above question, however it isn’t long before this Batman begins to reveal an increasingly dubious moral ambiguity. This particular Batman shows no form of reserve when it comes to killing and brutalizing, whenever a need might pop up, without remorse. Remaining as a mystery entity in Gotham, his true colors are not fully revealed until much later than anyone might imagine. 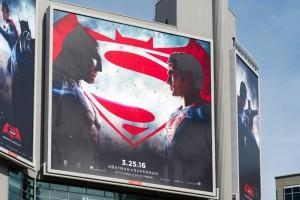 Superman in Action
Still attempting to regroup and a bit still fresh after his draining battle with Zod, things begin to ratchet up all too soon for Superman, who is still regarded as protection and salvation for most of the citizens of Metropolis. His Lois Lane is played by the adorable and charming Amy Adams, whom audiences can’t seem to get enough of–but the sum total of lines she’s given in this production is a true disappointment. Somehow Superman takes the blame for many African villagers suffering fatalities. This occurs during a session whereby Lois Lane is interviewing terrorists, which gets way out of hand. Holly Hunter plays southern Senator Finch, whose passion for her purposes is without question, and the deaths don’t escape her radar. She heads up a Congressional Superman Committee for examining and dealing with his unbridled power.

Did Snyder Take on too Much?
At some point, viewers may begin to question whether or not Snyder should have fully dived into so many somewhat diverse goings-on. There’s a whole lot of juggling of separate streams that are further complicated by the necessary promise that is made by the film’s title. It seems that things could be handled with a bit more tidiness and unity within the divergent themes. The film is full of questions hidden yet expressed, toward both a philosophical and a theological point of view. There are a few painfully slow visual allegories that almost seem to be an affront to modern intelligence, as they seem to be relying on current PC issues, but awkwardly, at best. And then, at other times, the analogies are more complex than practical within this venue.

Once the Credits Begin Rolling, the Take-Away
At the end of the day, the whole concept of vigilante retribution vs. restraint at the cost of self-sacrifice as in good vs. not so good doesn’t seem to ever quite make it to the finish line with any take away of clarity. So the epoch this round, this time eventually boils down to a mosaic of many misunderstandings. Audiences will enjoy Snyder’s talent for providing us with hyper-stylized imagery in combat scenes, although viewers might be happier if battle scenes were not quite so drawn out. Hans Zimmer’s musical strains combine with Junkie XL to prove wonderful contributors to the action, and we must hand it to Snyder, for coming closer to the classic comic’s original  chiaroscuro palette than anyone before.

About the Author: Jakie Tran