It seems that everyone has his or her own opinion as to the real reason for the breakup of Hollywood’s happily wedded duo, Jenn & Ben, with a whole lot of trash talk about how it’s all Affleck’s doing, with his over the top Narcissistic manner, and how he would leave raising their three kids all up to Garner while he was off gloriously shooting movies and rubbing elbows (and other parts?) with people who were not his wife and the mother of his kids. Whatever the reason for calling it quits, it’s been made pretty clear by both parties that they are each committed to moving forward with amicable resolve, even joining forces to vacation with their kids last July 4th.

The Scoop or Dirt
Apparently Affleck wants to live as a 50s style “man of the house,” making his work the priority, and making sure your family has all the creature comforts and cash they need, while leaving the day to day details of housekeeping and child rearing strictly up to Jenn. So, he had no problem with taking off to shoot on location for months at a time, while his wife Jenn felt that he should be more involved in the nitty-gritty parenting and marriage experience. When he’s around, he’s an incredible father, but he’s arely around. Who couldn’t be a great “whatever” when rarely committing to it? Affleck needs to talk to grown adults who were raised by absent working fathers to see “how well that worked for them”–if it would do the least bit of good, that is. Sounds like he’s also pretty stubborn and opinionated.

The Sad News was Inevitable
The two recognized their differences early on, and though Affleck dumped the whole responsibility of parenting their three on Jennifer’s lap when he was working, Garner would be left alone in raising the kids while at the same time working just as hard (if not harder,) on her movies, Miracles from Heaven and Nine Lives. And to top this off, the rare times when Affleck would show up at home, there just wasn’t any romance. Ben, you should’ve done more, Bo. But he didn’t, and how, after trying for 10 years of wedded work, Garner surely had given it plenty of thought, although it’s reported that Affleck brought up the subject–not rocket science here, guys–they’re calling it quits, throwing in the towel and shutting up shop. 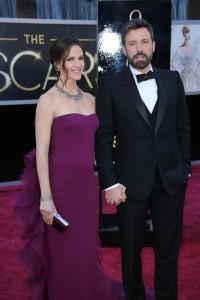 Sparing Details
The chestnut-brown headed Native West Virginia Native beauty Garner has managed to sustain her impressive box office draw while carrying all the parental responsibilities mostly on her own–especially seeing as how the couple’s nanny managed to find enough free time to engage in “stuff” with Affleck, whose camp continues to deny, deny, deny. While the world knows the deal, Daddy Ben and Jenn postponed their bitter announcement until their children–Violet, 10, Seraphina, 7 and Sam, 4 had completed their school year in June of last year–just a day after their 10 year wedding anniversary. Since that time, there’s no nanny to be found. Garner swears that nanny or not (and it wasn’t just a nanny here,) the marriage had already ended long before the mention of Affleck’s wandering.

In the meantime, Affleck has been seen dating the lovely Sienna Miller, and Garner–her friends have been committed to setting her up with a “better” guy who is more “marriage material.”