Khloe Kardashian: How Her Look Has Changed

Home » Khloe Kardashian: How Her Look Has Changed
Previous Next

Khloe Kardashian: How Her Look Has Changed

Once pegged as “the fat, funny one,” Khloe Kardashian proves to the world that it wasn’t forever in a morph similar to the children’s story “The Ugly Duckling,” and she’s turning heads, big time. Giving her glam diva sisters Kourtney and Kim a veritable run for their money, a retro look at how she’s done it is certainly a hot topic. While the chronological order of photos depicting Khloe over the years includes a lineup shot, we prefer to regard only the cosmetic transformation, knowing how we can all make mistakes sometimes. Lucky Khloe was released early, due to overcrowding issues at the “host location,” but she was still up on DUI.

First Distinctive Move in a Bold Direction for Khloe K
It seemed for a long time that Khloe–surely owning the same Kardashian beauty–was just experiencing a time of coming into her own style, with dresses, jeans and boots that were all certainly fine. None of these seemed to state anything in particular, and so it seemed to be the way it would be…until Khloe did her 2008 PETA shot, posing fully bare, and caught at just the right angle for the cover shot of their “Fur? I’d Rather Go Naked” campaign.

Next
And in 2009, after only a month long courtship, she wed Los Angeles Lakers forward Lamar Odom. It appeared that K Sis had trimmed down and was rocking the minis and platforms, with shiny tops and long, silky black tresses in style. She was photographed wearing over one shoulder mini-dresses with strappy sandals that revealed her gorgeous gams. By 2010, maybe it was an age thing, but she seemed to be revealing more of a sexy side of substance, with a new style, which she owned. And in 2011, we saw Khloe’s rather out-of-the-box for a Kardashian move to a golden blond-red hair color. She went back to her regular darker tresses later.

The K Bum
Whether or not it’s one she paid to get appears to be something we’ll never know, as Khloe now explains her Kim’s butt-rivaling derriere as a product of her hard workouts at the gym. All we can say is that there’s a whole lot of poof going on back there, Girl, and it looks a lot bigger than before, in your early shots! 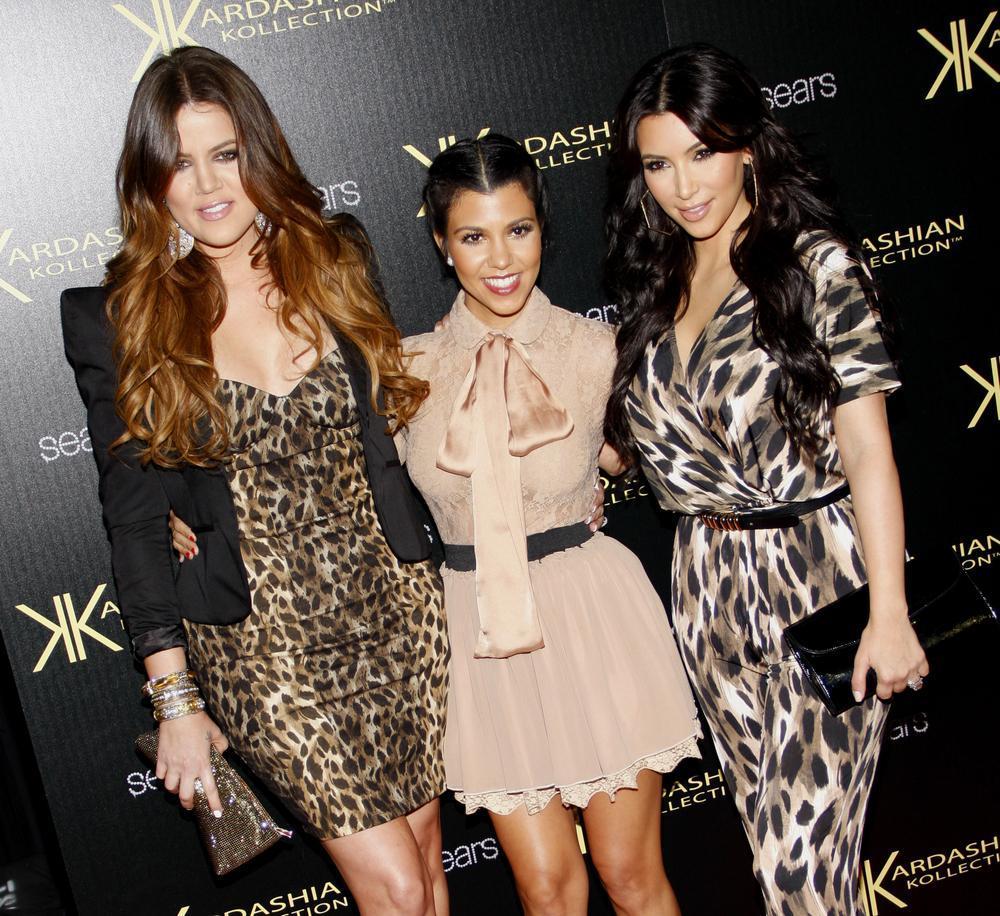 Learning Emotional Eating
It wasn’t easy being Khloe, as she and her two “swan-sisters” were the subjects of the new TV reality show, admitting that weight has always been a battle for her. Sharing that both she and brother Rob had always been heavy, Khloe added that while their parents were undergoing their 1991 divorce, she and her brother tend to have been fed a lot more often, kind of like to keep them company. She reflects that all the two ate was crap.

Kardashian showed off her curves in an emerald green dress in 2008, but admits that her weight was always a battle. “As a girl, you have baby fat,” she explained. During her parents’ divorce in 1991, she said, “My brother [Rob] and I were always heavy. They gave us food to keep us company. All we did was eat crap.” She began taking control of her weight in 2009. By 2011, Khloe reported that she was working out in a sauna suit resembling a trash bag, to become bikini-ready, and credits hubby Lamar (from whom she is now divorced but helping,) for helping her to love her body. By 2012, boxing for the X Factor and changing her diet gave her the edge to success.

Just a Few More Tweaks
Since her amazing body transformation, the changes have been more subtle, but somehow more stand-out, as her hair has lengthened, and she has rocked the ombre and balayage effects. She’s the “Blond” Kardashian, and she rocks the look. And the Look is what she has! She shares “I’d rather take longer to lose the weight but have fun doing it.”