Home » Kim K. and Her “Selfies” – How Much is too Much?
Previous Next

Kim and her Kanye are definitely eye candy, and they seem to be living the perfect life of married bliss, are managing to parent their two little adorable “mini-mes,” and neither one ever appears to have as little as a single hair out of place. And Kim alone has commandeered the title of selfie queen. It certainly has taken a significant commitment of the diva’s time and dedication, which she seems to delight in, never tiring of photo-posing. Come on, if you looked that good, you’d be snapping selfie after selfie too–or maybe NOT. From all the zillions of photos of her, she appears to never have a bad hair day–or a bad anything. Or, even her bad spots are so much better than the national average that they simply don’t count.

Kim’s Looks Rock her Selfies
In an examination of the psychology behind the Kim K.selfie, on average, there surely has got to be a mix of Narcissism with sustaining her notoriety.and prominent place in the most “out there” celebs, and she does a good job of it. When you really take a good look at Kim’s posed selfies, versus the way she looks in real time–she’s actually not as pretty-in-action as she is, as a still life. Her poses make a great improvement on her look, so obviously, the girl knows what she’s doing, when it comes to either posing well, or photography–or both. If you had lain out as much green as this Kardashian sib has, you might feel compelled to work your results too, and we can only imagine for a lot of reasons.

The Public, Voting by Selfish Book Purchases
Kim’s book Selfish, now in its 4th printing, hasn’t done so poorly, if sales could be a representation of public tolerance for the raven-haired Kardashian’s high volume of self-captured superior digs. In 2015, Kimye returned to NYC to take care of a few business deals–one of which was Kim’s book-promoting appearance on Jimmy Kimmel, who made sure to get the scoop directly from the perfect mouth of a black leather jacketed biker-chic Kim, whose hair was slicked back and back t-shirt’s neckline nicely scooped low. Her black skinny jeans were knee-ripped and loved her bodacious curves. In a stream of selfie-tutorial talk show banter, Kim snapped several shots of herself with Kimmel (whose selfie pose ignored the diva’s directives, and were all ham-inspired.) As she snapped away, she explained that “Lighting is everything, angle is everything.” She instructed her audience that if there were a particular feature of their body they didn’t like, to “just crop it.” 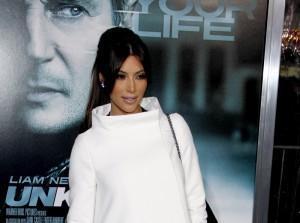 The Book
Kim’s Selfish book actually began from an idea she came up with after creating a personal, racy photo album for hubby Kanye as a Valentine’s Day gift, and while it doesn’t reveal nearly as much of her perfect(ed) skin as Kanye’s edition, there are multiple shots included in the bookstore version that features topless selfies of the author. So how much is “too much?” Guess we’ll know that, by when the book sales clearly subside.