The Many Men of Miley Cyrus – Who is Her Latest Victim?

Home » The Many Men of Miley Cyrus – Who is Her Latest Victim?
Previous Next

The Many Men of Miley Cyrus – Who is Her Latest Victim?

Oh, Miley, if you ever manage to outlive your unrestrained, Narcissistic childhood abandon–and while you may not believe it now–if you live long enough, you will, woe be it, unto you, Dearheart. Yes, you have created a chronic breaking-the-mold brand that you flaunt carelessly around like party streamers, always striving to outdo yourself with every next appearance. And it would seem, from the looks of things, that brand of yours doesn’t stop with your public life, as there’s just too much evidence of your wild-child contempt for all sensibility extending out to the whole of you, not leaving a single trace of sweetness to be found. Apparently there are enough guys out there who are either living in a barrel, or they have a deathwish that governs their choices in mates, and you’re finding them, it would seem, lined up in magical succession, awaiting their turn as your main man–or would that be main prey? 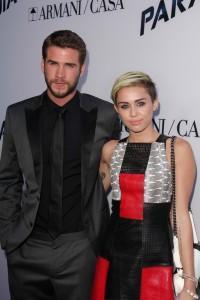 The Impressive Dedication of Miley
With an apparent dedicated commitment to find the right guy, Cyrus has most likely left no doubt remaining as to the likelihood that there is ever going to be a “Mr. Right” in existence for her. She has certainly put a lot of hard work and lots of time into her investigation, and she should be commended for her Magna Cum laude efforts, with a list of subjects that, for her young age, is beyond impressive. Obviously, the number would indicate that several had to have overlapped, and whether these dispose-a-beaus were aware of it or not, we may never know. Among the ones we’ve actually known about are 1.Justin Bieber, 2. Tyler Posey, 3. Dylan Sprouse, 4. Nick Jonas, 5. Adam Sevani, 6. Tom Sturges, 7. Justin Gaston, 8. Liam Hemsworth, 9. Avan Jogia, 10. Mike e Will Made it, 11. Kellan Lutz, 12. Jared Leto, 13. Douglas Booth and 14. Patrick Schwarzenegger. Who knows how many we don’t know about? Miley Cyrus, duh.

Just Having Fun Here
So, Cyrus is now going to tap out the other gender to see if her soulmate is to be found there. What she does not understand is that the unmatchability she continues to encounter comes from her, and not who she is dating. But don’t try to tell her that. You’ll be wasting your breath. She’s now doing her thing with 24-year-old Brit. model Stella Maxwell, and describing herself as Pansexual. Cyrus recently shared, “I am literally open to every single thing that is consenting and doesn’t involve an animal and everyone is of age,” she noted. “Everything that’s legal, I’m down with. Yo, I’m down with any adult — anyone over the age of 18 who is down to love me.” OK, Miley, we understand. Cyrus attempted to deny being in any type of relationship, with Maxwell or anyone, claiming to just be having fun, and proclaiming, “I Change My Style Every Two Weeks, Let Alone Who I’m With.”