What Happened at the Miss Universe Pageant? And What are the Final Two Doing Now?

Home » What Happened at the Miss Universe Pageant? And What are the Final Two Doing Now?
Previous Next

What Happened at the Miss Universe Pageant? And What are the Final Two Doing Now?

The debate continues to circulate over the authenticity of the horrible faux pas that occurred at the Miss Universe Pageant. According to gossip blogger Perez Hilton, who was a judge for this year’s pageant where host Steve Harvey proclaimed the pageant’s first runner up as the winner during the Sunday, December 20th live broadcast. As Harvey announced that Miss Colombia had beat Miss Philippines, Hilton, along with the other pageant judges were thrown into a state of disbelief as they wondered how in the world any such result could even be possible.

A Publicity-Gaining Goof
With all the judges knowing that it was Pia Wurtzbach, Miss Philippines who won the crown, it came as an utter shock to hear Harvey announce Ariadna Gutierrez, Miss Colombia, as the winner. At first, everyone’s assumption was that the blunder was more of an “on purpose,” but the more they thought about it, the possibility just was not there, in light of Fox’s standards and the legalities involved. Ultimately, what results is no damage done–if you remove poor Miss Colombia from the picture, that is. The goof wound up bringing a whole lot of unexpected attention to the pageant and to Miss Phillippines, and served to catapult the publicity of the pageant far beyond any measure, had everything proceeded as expected. 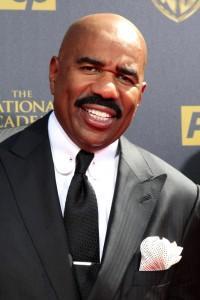 Responsibility vs. Fault
Judges admit that it was the manner in which Harvey handled the whole mix-up that had them guessing. Harvey came out, but did not come out and directly share that the incorrect result was his fault. Rather, he said something along the lines of “I’ll take responsibility for this,” which just furthered confusion for everyone who naturally inferred that it had been a pageant-wide error. In the days that followed, it became more clear to all involved that the whole thing had been due to Harvey’s incorrectly reading the results on the card listing the winners, and that alone.

What Followed
With the same speed by which Harvey had reappeared onto the stage to announce his blunder, he literally vanished. The most unfortunate ramification resulting from this whole thing is that all of the attention then was directed in sympathy for what had just happened to poor Miss Colombia. This meant that the true winner of the Miss Universe title– Miss Philippines– was not ever really able to bask in her moment of glory at all. In watching videos of the moment, this is quite obvious in the stupefied, stunned expression that remains fixed on her beautiful face as she moves forward to receive the winning crown and bouquet of flowers.

Grasping For Straws Now
It’s the first time in 42 years for Miss Philippines to take the crown, but stories still circulate, especially as all of the other contestants boldly share that not one of them had voted for Ms. Philippines in the first place. This is why they all lovingly and attentive rushed to support Miss Colombia, who they feel should have been the rightful winner. There are rumors that Harvey had been drinking prior to the announcement, along with inane protests that try to lay blame on the way the winners were listed on the card, however, the card clearly distinguished the winner from the other two runners-up. In a Facebook blog entitled Missosology, and following the pageant, Miss Germany, Sarah-Lorraine Reik as spokesperson for the other contestants, revealed that none of the contestants could believe what happened–and were so upset. She went on to add, “For me (she was robbed) as the real winner. I was very happy for Miss Colombia because she really deserved it. I’m really not happy with the result and so are the other girls, I’m sorry to say it.”

What’s Ahead for Steve Harvey?
Apparently everyone’s eyes and hearts are set on bringing Harvey back next year. He kind of sealed his fate with this little goof. And Harvey would surely love a chance to redeem himself in an upcoming appearance.