Kanye West has never been a stranger to controversy. Few will soon forget when he took the microphone from Taylor Swift at the MTV Video Music Awards as she was accepting her award for Best Female Video to say that Beyonce should have won. Then he made headlines for calling George W. Bush a racist for failing to help people displaced by Hurricane Katrina.

Recently, he was back in the news for comparing himself to Jesus and calling himself the greatest rock star of all time. Yet all of that may be small time compared to Kanye’s head-scratching behavior of the last couple of weeks.

It started with Kanye’s latest album, now known as “The Life of Pablo.” When he announced that he would be releasing the album, Kanye was calling it “So Help Me God.” Then he changed the name to “Swish” and then again to “Waves.”

Wiz Khalifa called Kanye out on Twitter for using the name “Waves,” which he said was co-opting the “wavy movement” pioneered by Max B. After those comments and some misunderstanding in which Kanye thought Khalifa mentioned wife Kim Kardashian, Kanye responded with more than a dozen tweets that attacked Khalifa, attacked his ex-wife (and Kanye’s own ex) Amber Rose, and even claimed “ownership” of Khalifa and Rose’s son. 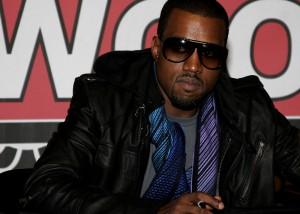 Rose clapped back and asked Kanye if he was missing her because she wasn’t around to play in his — ahem — “behind” anymore. Then Kanye aggressively defended himself against any interest in “that area” lest anyone question his uber-masculinity.

West eventually released his album as “The Life of Pablo” on Tidal, but not when he told fans he would. Many fans bought the album on Tidal, but never received the download. They were told that it would become available in “the next several days” and West publicly announced that he still needed to make some changes to the album.

He then went on another bizarre Twitter tirade claiming that he was $53 million in debt and asking Facebook founder Mark Zuckerberg for $1 billion to invest in “Kanye West ideas.” When he got no response from Zuckerberg, he started calling out other Silicon Valley leaders, saying that they played hip hop in their homes but did not pony up the money to support the artists.

In the aftermath, it was revealed that West’s wife, Kim Kardashian, actually made nearly double what he did the year before but that the couple does not share their finances. There was also a lot of speculation about how a man who has made so much with his music and fashion could be in debt.

Meanwhile, West lost millions of dollars while his new album was illegally downloaded amidst the drama about being released and then not released on Tidal.

We’re not sure if the latest Kanye dustup is ready to settle or if we’ll see even more insanity in the coming weeks. What we do know is that with Kanye West, things will never be dull.